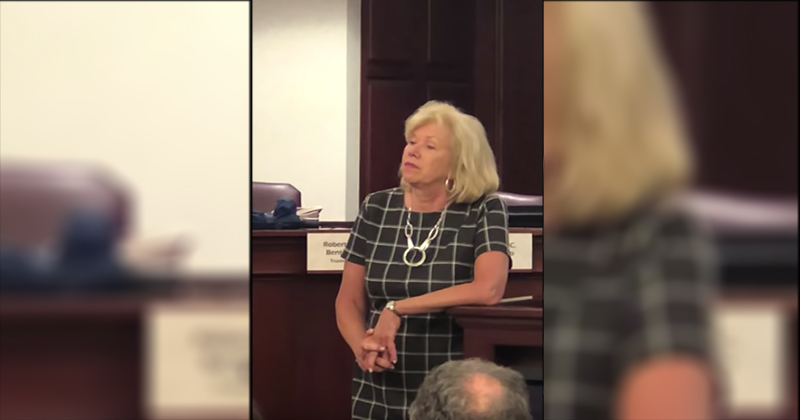 An Illinois state senator threatened to confiscate firearms from law-abiding gun owners in lieu of a fine, in a heated exchange captured on video.

The argument took place last week at a town hall hosted by Sen. Julie Morrison (D) during a discussion on SB107, which seeks to ban “assault weapons.”

After a man in the audience pointed out the law claiming “assault weapons” are “dangerous” was pointless because it allows people who pay a fine to keep their guns, Sen. Morrison responded by saying he’d changed her mind and she could now be leaning toward outright confiscation.

“You want me to turn them over to the state police unless I pay a fine for each firearm and register them, then I get to keep them,” the man asked Morrison.

“If I get to keep it–if I pay a fine and register it–then, how dangerous is it in the first place and why do you need to ban it all?” the man asked, before receiving an applause from attendees.

“Well, you just maybe changed my mind,” Morrison responded. “Maybe we won’t have a fine at all, maybe it’ll just be a confiscation and we won’t have to worry about paying the fine.”

The bill, sponsored by Sen. Morrison, is assumed to be a reaction to the numerous southern counties in Illinois which have declared themselves sanctuary counties for gun owners.