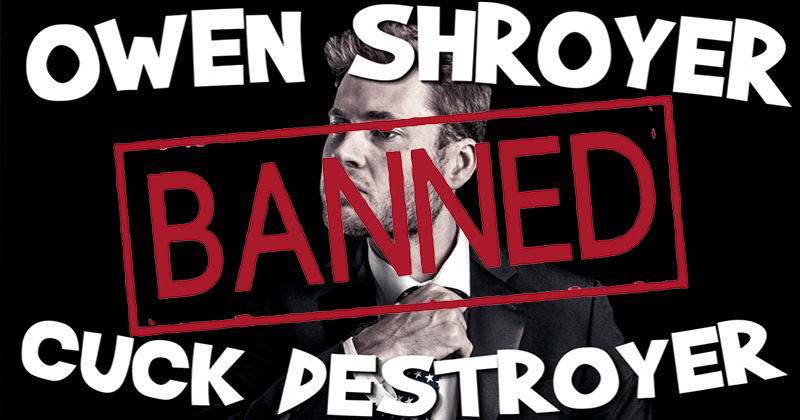 A new Infowars video highlighting the best moments of reporter Owen Shroyer’s encounters with liberal protesters has been banned by Facebook for violating “community standards.”

The video, Owen Shroyer Cuck Destroyer: Ultimate Hype Video can be watched, downloaded and shared below:

Infowars video editor and producer Darrin McBreen uploaded the video to Facebook and received a notice stating the post violated their community standards. 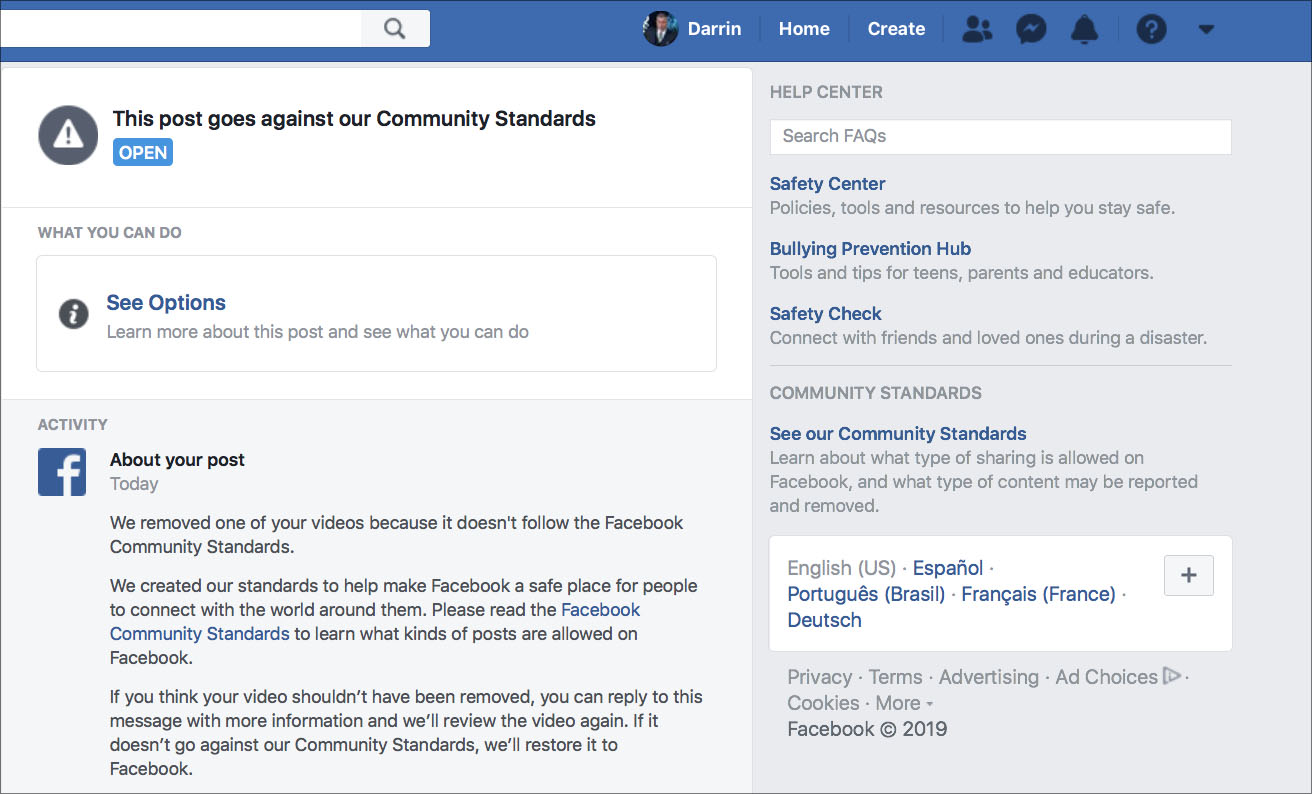 Responding to Facebook’s takedown notice, McBreen argued, “Banning the video is further proof that Facebook has a political bias and is censoring free speech of conservatives.” 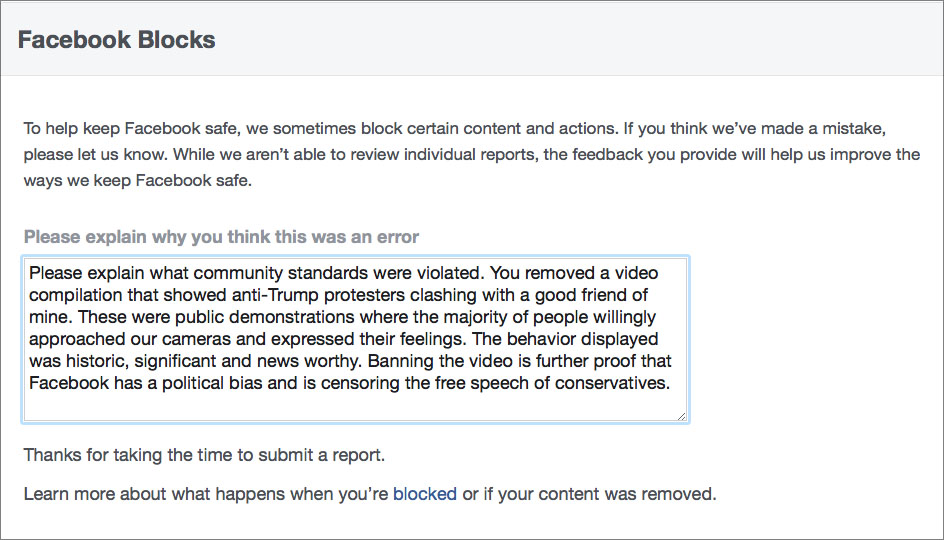 Ironically, “Graphic violence” was threatened toward Shroyer, “Hate speech, harassment and bullying,” were directed toward Shroyer and the only “Sexual activity,” was when Shroyer was sexually assaulted by a Women’s March protester.

This is yet another example of social media companies displaying their outright disdain for anyone who supports President Trump, especially when they make liberals look like fools.