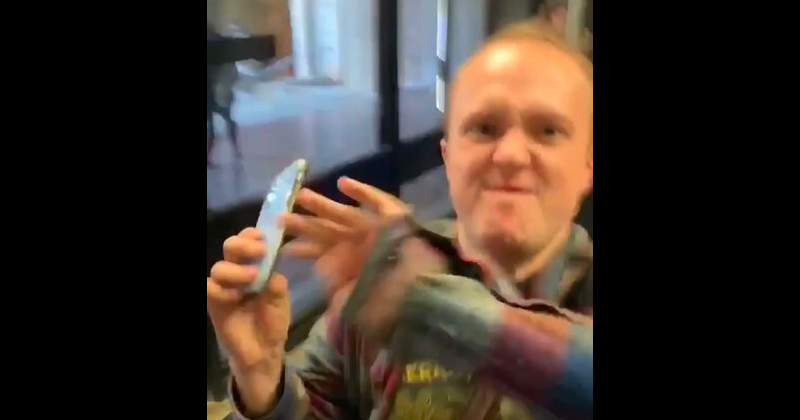 A college leftist was filmed violently assaulting a man on the Sacramento State campus simply because he disagreed with his politics.

According to Infowars reporter Kaitlin Bennett, the attacker named Keaton Hill is an LGBT activist and has a history of assault against conservatives at the college.

This deranged leftist and LGBT activist named Keaton Hill assaulted and threatened to kill @FJtheDeuce, a black conservative at Sacramento State. This is reportedly the 2nd time Keaton has violently attacked college Republicans at @sacstate. pic.twitter.com/7MtvF5IqCe

In the footage, the president of a campus Republican organization, Floyd Johnson, approaches Hill asking him to “leave my friends alone, alright?”

Hill responds in a mocking tone, before taking his camera out to film Johnson, while asking if he’d like to contact the school’s student conduct administrator.

“There’s nothing wrong with this. What have I done?” Johnson says.

“You’re harassing me,” Hill responds, before launching a violent attack on Johnson.

According to Bennett, Hill was involved in an online altercation on social media the previous day, where he reportedly wished death on a child with cancer.

This all stemmed from a Facebook thread yesterday where Keaton wished death on a child with cancer because their family member was pro-life. pic.twitter.com/0R8J8otC9b

Wait until you hear what these University of Kentucky students had to say.