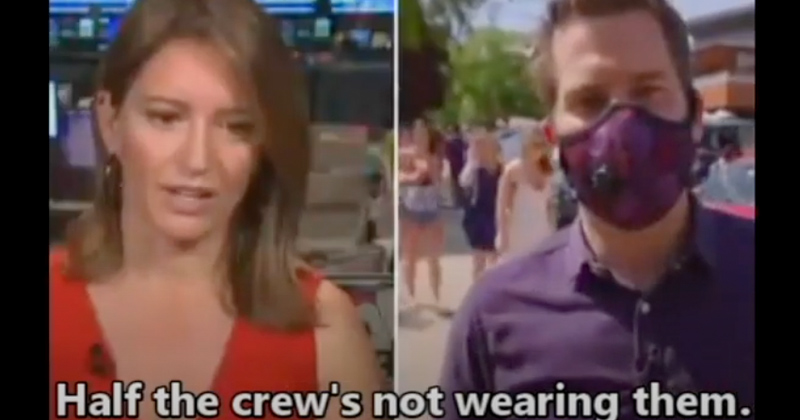 An MSNBC reporter complaining Americans weren’t wearing masks amid the re-opening of a Wisconsin town was put in check by a bystander, who exposed some in the reporter’s camera crew were also unmasked.

In a live shot with MSNBC host Katy Tur, a reporter who is wearing a mask tells her many in Lake Geneva, Wisconsin, which reopened last week with minimal restrictions, aren’t wearing masks.

“You can see here, nobody’s wearing them. Katy,” the reporter says.

“Including the cameraman,” a man interjects.

“Yeah, there you go, including the cameraman,” admits the reporter, before attempting to throw back to Tur.

“Half your crew’s not wearing them,” the man adds, before Tur ends the interview describing the footage as “striking images.”

This man should be hailed as a hero for exposing the mainstream media’s fake news mask scare propaganda.

No masks, no social distancing, no apologies. Govt media freaks out. But why are Daytona police going to arrest a man for handing out free cash? What was the REAL risk at the beach?