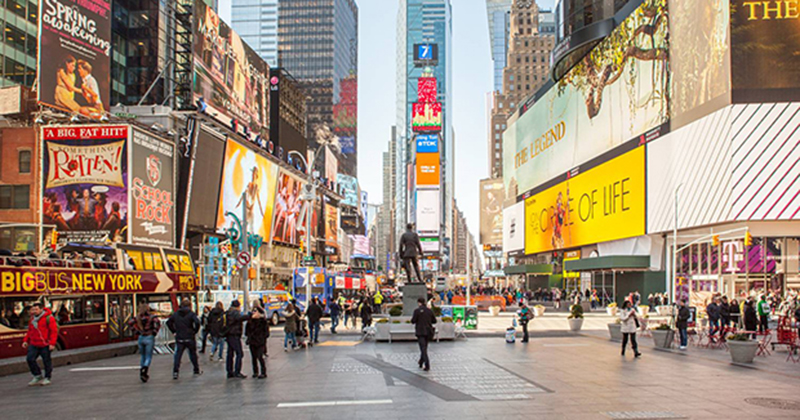 Two mass shootings happened in the US states of Texas and Ohio over the weekend, leaving 31 people dead and dozens more injured.

Hundreds of people could be seen running in panic for their lives in New York’s Times Square just before 10 pm on Tuesday after hearing the loud noise of a motorcycle backfiring and confusing it with gunshots.

The New York Police Department issued a statement about the incident in Times Square.

There is no #ActiveShooter in #TimesSquare. Motorcycles backfiring while passing through sounded like gun shots.

One user noted that US citizens have been suffering from stress following a series of mass shootings in the country in recent months.

Sadly this is exactly how a traumatized nation looks like! #TimesSquare #NewYork https://t.co/p8WCpVWf6Z

She was echoed by another netizen who said that people in the US live in fear.

Was on W 45th Street just as plays getting out. Crowds running from #timessquare. No evidence of #activeshooter. Plenty of evidence of fear in USA

On Saturday, a gunman opened fire at visitors at a Walmart store in El Paso, Texas, killing 22 people. Nine more people lost their lives during a separate attack on a nightlife district in Dayton, Ohio, in the early hours of Sunday.