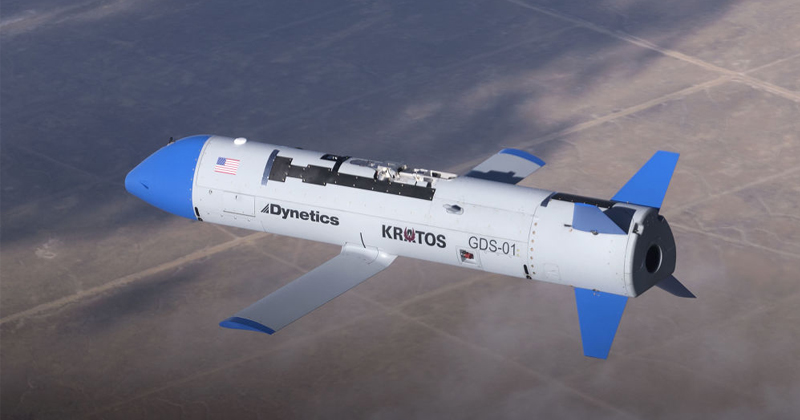 The cruise missile-sized vehicle successfully deployed from a C-130 “mothership” transport plane and flew around. However, testing its ability to return to the “mothership” has yet to be attempted.

For years, scientists at the Defense Advanced Research Projects Agency (DARPA), not-quite-jokingly called the Pentagon’s “mad scientist division,” have been trying to develop an unmanned aerial vehicle capable of working with like UAVs to deploy from and return to another airplane.

Alabama-based tech company Dynetics was awarded a contract by DARPA in 2018, and its X-61A Gremlin flew its maiden flight at the Dugway Proving Ground in Utah in November, the company said in a Friday press release.

However, it was also the drone’s maiden crash: a cushioning parachute failed to deploy as intended, and the drone plummeted into the Earth so fast as to be rendered unusable. Fortunately, Dynetics built five Gremlins.

“The loss of our vehicle validates our decision to build five GAVs [Gremlins Air Vehicle] for Phase 3,” program manager Tim Keeter said in the press release, noting, “we still have four remaining.”

The flight lasted 1 hour and 41 minutes, beginning with its drop from the wing of a C-130 Hercules transport modified to serve as the Gremlins’ “mothership,” or aerial base of operations. During the test, the X-61A demonstrated basic capabilities such as deployment of its cruise missile-like wings; a cold engine start; transition to stable, powered flight; deployment of its docking arm; and the basics of data connection to its ground-based command and control systems.

Dynetics gave no comment on whether the drones can be fed after midnight, though.

“This flight test validates all the engineering design work, analysis, and ground testing we have performed in the past two and a half years,” Brandon Hiller, chief engineer for the X-61A, said in the press release. “We have a lot of confidence in the vehicle’s performance and overall design going forward, and the telemetry data from the flight compares exceptionally well to our modeling predictions. Our team has done a superb job to achieve first flight of this unique aircraft in such a short amount of time, and we are eager to get this new capability into the hands of the DoD.”

The next Gremlins test, expected sometime this Spring, will involve the Gremlins being recovered in mid-air by the C-130 mothership, Scott Wierzbanowski, DARPA’s Gremlins program manager, told Defense News. Recovery would involve the Gremlins flying behind the motherships while a towed capture device grabs the drones and reels them in.

Recovery is arguably the much harder feat to accomplish. As Extreme Tech noted, air vehicles both manned and unmanned have been deployed from aircraft in midair for decades, from NASA test aircraft like the X-15 hypersonic rocketplane to more recent projects like “firebee” gunnery target drones.

Using an aircraft as a mothership has been a Pentagon dream for decades as well. In the early years of flight, dirigibles sometimes carried biplanes underneath (think “Indiana Jones and the Last Crusade”), which were capable of returning to the blimp later. In the years after World War II, the Pentagon tested using a Convair B-36 Peacemaker bomber as the mothership of four F-85 Goblin fighters to guard them on nuclear bombing runs; at the time, the Air Force called them “parasite fighters.”

The mothership concept arguably reached its zenith of absurdity in a Lockheed proposal from 1969 for the CL-1201: a truly vast plane that would have been a literal aircraft carrier in the sky, sporting a wingspan of 1,120 feet – that’s six times the wingspan of a Boeing 747 airliner. It would have sported 182 engines fed by a nuclear reactor and served as the home for 22 F-4 Phantom aircraft.