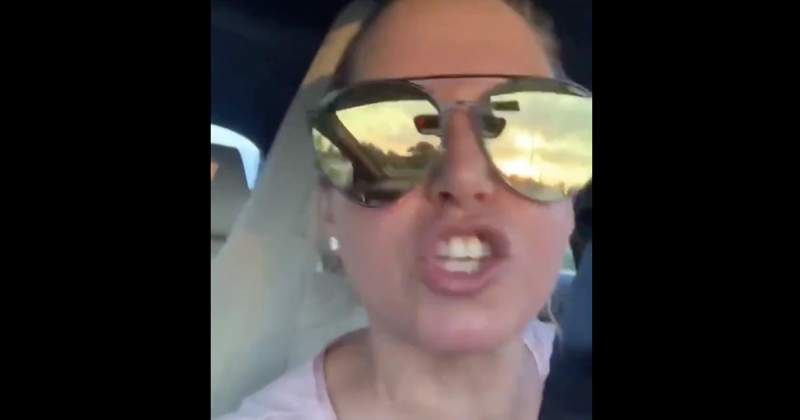 An irate realtor upset over people refusing to wear face masks went on an obscenity-filled rant while driving and uploaded it to social media.

In the video seen over 3 million times, the woman, who says she’s a realtor, directs an expletive-laden tirade toward non-mask wearers and people who don’t wear gloves as protection against the coronavirus.

Need a pep talk?
Who is this hero woman? pic.twitter.com/D4SvvKZs4s

“…video because I’m a little fucking pissed off at the simple fact that people around this town don’t wear the mask, don’t wear the gloves,” says the woman, evidently oblivious to the dangers of distracted driving.

She goes on to say she just showed a house to a woman who refused to wear a mask and who was coughing “two seconds later.”

“We’re in this shit because of fuckers like that,” the woman yells about her potential client. “Because people out there on their goddamn boats doing all their bullshit partying. No I’m not jealous, no i’m not, because you know what? I have a fucking yacht. I could go out with my friends and party, but there’s a goddamn time and place for everything.”

The woman, hailed as a “hero” by liberals, continues her rant for about another minute – repeatedly taking her eyes off the road to speak directly at her phone while driving.

It’s busybody enforcers on power trips like this woman who were recently mocked in a short film by Hollywood actor Kevin James, in which he and a friend are chased by police for shaking hands and failing to follow social distancing guidelines.