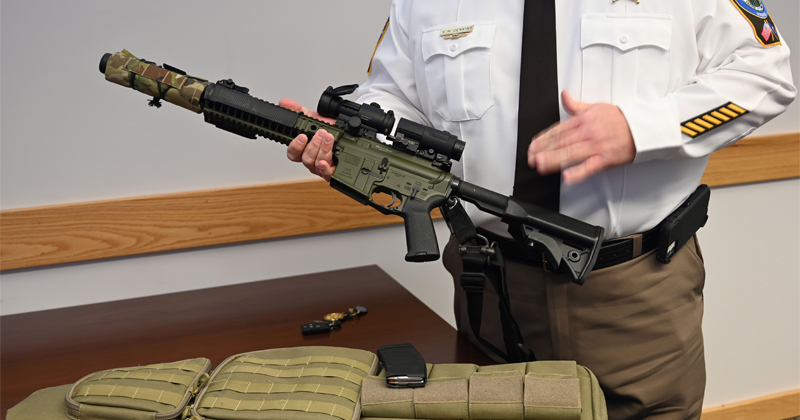 Sheriffs of at least two Virginia counties have called on Second Amendment Sanctuary localities to draft resolutions reaffirming their opposition to recently implemented Democrat-sponsored gun control and confiscation laws and a series of anti-gun bills which, alongside a number of other far-left initiatives, are expected to resurface at an upcoming special legislative session in Richmond.

At Tuesday night’s meeting of the Culpeper County Board of Supervisors, Sheriff Scott Jenkins, nationally recognized for his pro-Second Amendment stances, urged the board to reject the powers provided to them in a recently implemented gun control law signed by Virginia Governor Ralph Northam, allowing for localities to ban firearms in a number of public places and to instead draft a renewed Second Amendment resolution opposing both existing and future unconstitutional power grabs.

Jenkins expressed his hope that other counties, cities, and towns would follow suit, sending a “clear message” to Richmond, where lawmakers are expected to take another crack at a previously failed effort to ban AR-15-style rifles and magazines with a greater than 12 round capacity.

As Sheriff Jenkins mentioned in his comments to the board, Grayson County Sheriff Richard Vaughan, who like Jenkins has cited his oath to the United States Constitution in backing 2nd Amendment sanctuary efforts, is also pushing for a new resolution in his home county.

“VCDL is encouraging all Second Amendment Sanctuaries to pass the following resolution. I agree!” Vaughan wrote in a July 6th Facebook post where he provided readers with a draft copy of the resolution Grayson County Board members plan to consider.