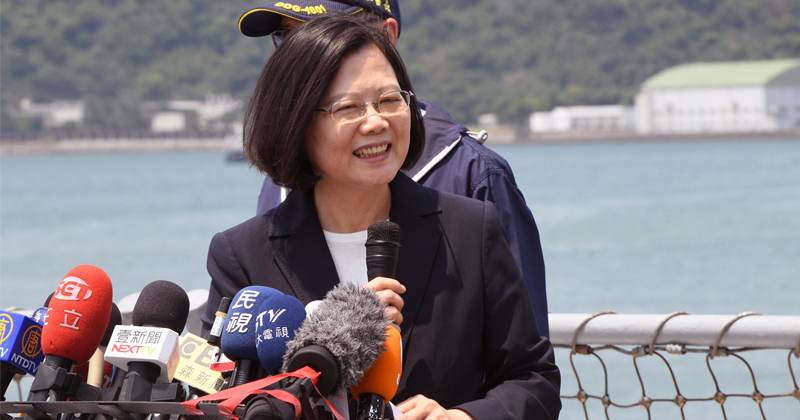 The Taiwanese Navy posted a video on its Facebook account displaying a new anti-ship missile, dubbed Hsiung Feng-3, being launched from the Tuo Chiang corvette, according to a report published by Asia Times.

The Hsiung Feng-3 features both solid and liquid fuel boosters and has a reported range of anywhere from 30 kilometers (18.6 miles) to 400 kilometers (248.5 miles), Asia Times notes, adding that the weapon is the latest variant of a missile family whose lineage in Taiwan traces back to the 1970s.

“Reunification” of Taiwan must occur in accordance with the One China principle that would make Taiwan a part of China, Xi said during a speech at the Great Hall of the People in Beijing. This could best be achieved through the “one country, two systems” model of autonomous governing, he said, referring to an arrangement used by China with Hong Kong.

The “Taiwan issue” is considered one of the most sensitive matters to Beijing. Tensions have flared across the strait in recent years following the 2016 election of Taiwan’s pro-independence politician Tsai Ing-wen as president. On Wednesday, Tsai dismissed Xi’s call for reunification.