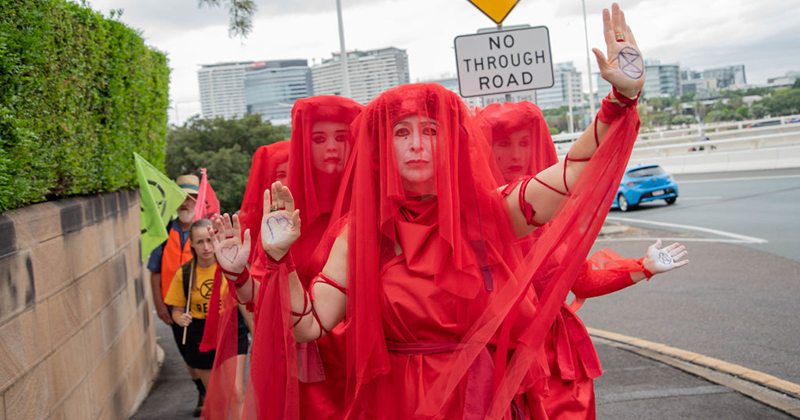 The co-founder of climate alarmist group Extinction Rebellion (XR), called for activists to “take down” civilisation as a remedy for supposedly man-made climate change.

Speaking at a ‘By Any Means Necessary?’ meeting  Simon Bramwell, the co-founder of Extinction Rebellion, advocated for humanity to return to a “wild” and “feral” state, saying that it is the duty of activist groups like XR is to “sabotage” civilisation, in order to bring about his Paleolithic utopian vision.

Bramwell said, in footage from December unearthed by an investigation into the group by LBC radio, which is campaigning for the police to be more direct in tackling the group:

We are facing the hardest of times at the moment. Our civilisation is displaying every sign of collapse and because we have become so separated from nature, as that collapse occurs that pent up animal in us is gonna be released in utter savagery.

And it is part of our duty in my opinion that we’ve also got to not only take down civilisation but shepherd ourselves and incoming generations back into a state of wilding as it were, into like a feral consciousness that is also one of the biggest tasks remaining to us.

Further cementing the position of Extinction Rebellion as misanthropes agitating for the end of civilisation, Bramwell described the problem of modern eco-activism, saying that it is impossible to convince people to go “without food” or “see their child die because we don’t simply have the machinery and technology to keep them alive any longer”.

“So we have to offer them something else along as these trajectories of civil disobedience and direct sabotage of civilisation,” he said.

The Super Bowl halftime show with Jennifer Lopez and Shakira, appeared to feature several children in cages as well as a suggestive pole dance and obscene gestures.