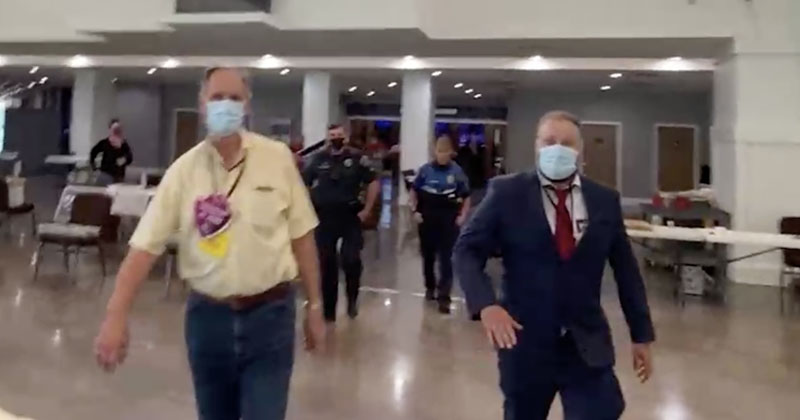 Owen Shroyer was booted out of the Travis County Senatorial District Committee meeting on Saturday after he filed to run as a Texas delegate for the 2020 presidential election.

Their explanation for doing so, according to one committee member, is due to fear of liberal media and Democrat backlash over Shroyer’s affiliation with Infowars.

Did he just admit that the Democrats control the Texas GOP?

This is why the GOP is weak: while the militant left is completely activated, running a full-blown Maoist Cultural Revolution in the streets, the cowardly GOP is kowtowing to their political opponents instead of having the fortitude to take on the war-postured left and defend President Trump ahead of the critical and historic 2020 election.

They’re doing everything they can, at the behest of Democrats, to prevent an “America First” patriot like Shroyer from serving as a Texas delegate for the upcoming Republican National Convention.

That’s because the GOP is still dominated by a gaggle of Never Trumpers who, like the Left, still doesn’t want to acknowledge that Trump leads their party and is indeed the President of the United States.

Trump alone can’t bring the Republican Party to victory, and he will lose the election if his party doesn’t unite behind him, his platform, and his grassroots base like the Infowars audience.

But they’ll only do that with political pressure from hardworking patriots like YOU — if the GOP was worried that Democrats would admonish them before, they’ll be horrified to see the wrath of their own base!

Contact your local Republican leaders and State Conventions and let them know you stand behind Trump’s “America First” agenda and you won’t tolerate Democrat control over the Republican Party.