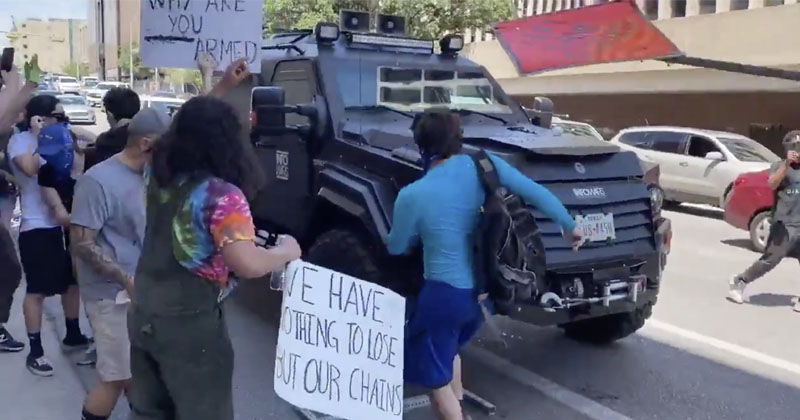 Infowars went to downtown Austin on Saturday to cover the massive protests over George Floyd’s death at the hands of police.

But during Infowars’ exclusive coverage, dozens of violent and crazed rioters swarmed the Infowars Battle Tank and beat it repeatedly with hammers, street signs, clubs, and heavy projectiles.

“We were there for less than five minutes, and as soon as the Democrat rioters ID’d our armored truck as being associated with Infowars, they immediately tried to stall the truck out in the middle of the road,” Shroyer said.

“They started throwing projectiles at us, they nearly penetrated the armored truck. They had hammers, metal objects, they were banging against it, they almost got through the bulletproof glass.”

“We suffered major damage to the vehicle, and this all happened in less than five minutes,” Shroyer added.

Alex Jones is breaking all this and more down live right now!