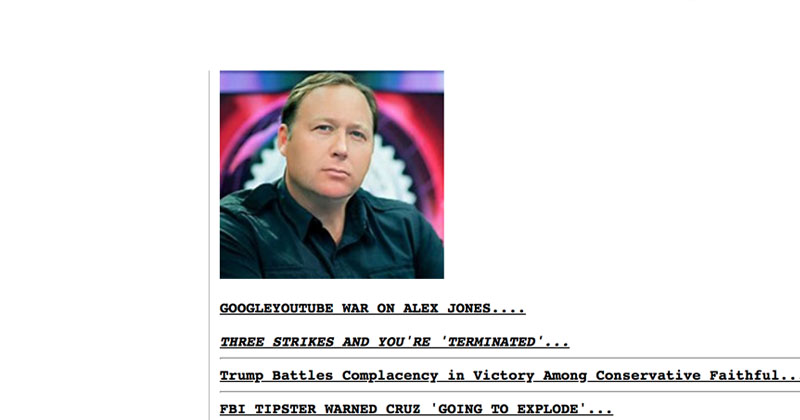 UPDATE: Since the Drudge Report linked to this story yesterday, we have received over 4 million views for the videos below on our own servers that were censored by YouTube.

CNN and other news outlets are lobbying to have YouTube terminate our entire channel by false insinuating we are saying the Florida school shooting was a hoax and that we are “bullying” the students.

We have never said that the shooting was a hoax, just that some of the students being highlighted by the media as staunch advocates for gun control may have been coached on what to say.

The fact that CNN attempted to script a town hall event, and then called one of the survivor’s and heroes of the shooting a liar when he exposed them for it, shows that it is in fact CNN which is bullying students.

CNN also bullied and harassed an old lady outside her home in Florida this week, a move that was widely condemned by media personalities across the political spectrum.

This is an unprecedented level of censorship. A news network is campaigning for another news network to be censored and terminated simply to strangle their competition.

In Russia, the government shuts down dissident media outlets, in the United States, CNN apparently thinks that is its role.

YouTube is censoring videos more than ever and Infowars has become one of their main targets.

The internet giant pulled down the following videos on the Parkland, Florida school shooting, and according to CNN YouTube will ban The Alex Jones Channel outright if two more videos receive strikes.

Watch the two videos YouTube does not want you to see:

Below, Alex Jones explains how if Infowars is silenced the precedent will be set to remove any media from internet platforms.

Matt Drudge warned America of an internet takover during a 2015 interview with Alex Jones.