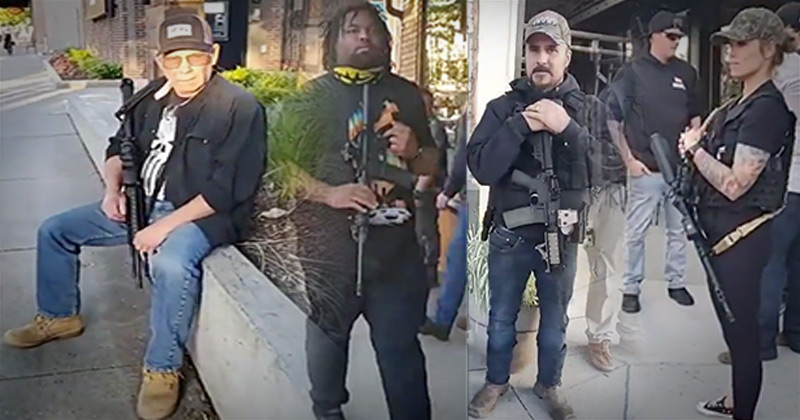 Footage out of Coeur d’Alene, Idaho shows a downtown area packed with hundreds of gun-toting Americans ready to defend their city should looters and rioters arrive from out of town.

After rumors of looters from nearby Spokane, Washington coming to the city next, Coeur d’Alene residents banded together and armed themselves in case trouble started. 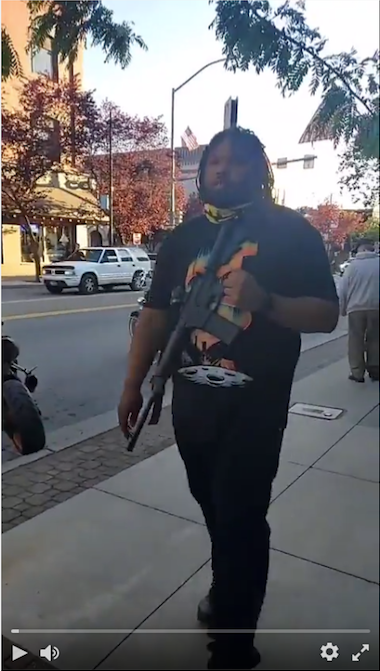 The footage was shot on Monday evening, one day after riots erupted in Spokane.

One local news source described Sunday night in Spokane as “a frenzied night of tear gas, rubber bullets and flash-bangs” while police worked tirelessly to end the vandalism and looting.

At one point, the Spokane Police Department actually sent out a cellphone alert warning everyone in the region to “avoid the downtown core area”…

Spokane’s Mayor issued an immediate curfew just before 9:00 p.m. Police used tear gas and rubber bullets to get control of protesters who were rioting and in the downtown area of Spokane, destroying property. Rioters sprayed graffiti, broke windows, and looted select businesses.

Come Monday, Coeur d’Alene residents were prepared to host protesters, but were also ready to defend their town if any rotten apples came along as seen in Spokane.

“If you guys are thinking about coming to Couer d’Alene to riot, loot, you better fucking think again because we ain’t having it,” said the cameraman as he showed hundreds of heavily-armed citizens.

Black Lives Matter protesters did eventually make their way to the city, but there was no violence or property damage.

In fact, the gun-toting locals embraced the protesters and despite all of the weaponry, police noted, “we had no incidents.”

Could it be possible that the sheer amount of firepower was enough to prevent looting and rioting in the first place?

KREM 2 covered the story in the news segment below:

Also, check out photos of the scene: