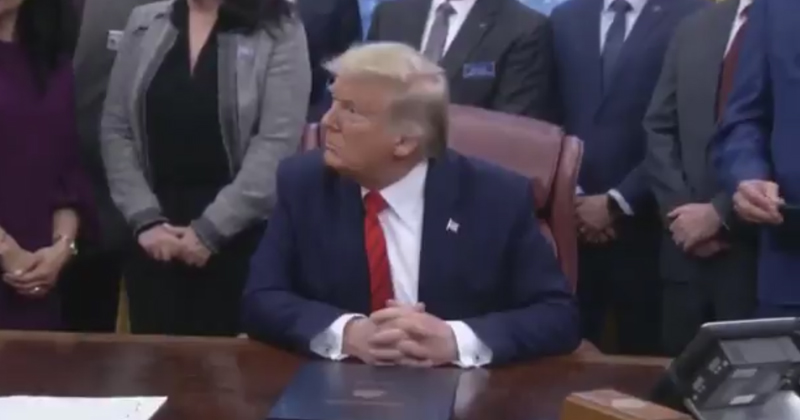 President Trump on Tuesday told reporters he believed the recommendation issued by the Justice Department Monday, seeking 7-9 years imprisonment for his former campaign adviser Roger Stone, was “an insult to our country.”

On Tuesday, the DOJ announced it would revise its recommendation following widespread condemnation from the president others at the Justice Department.

Asked if he had any part in seeking leniency from the DOJ for Stone, Trump replied he had not, before proceeding to call the nearly decade long sentence recommendation “ridiculous.”

BREAKING: President Trump states that what happened to Roger Stone is “an insult to our country” pic.twitter.com/uzJkUBEGE1

The president went on to call the entire case against Stone “ridiculous,” noting it stemmed from the FBI Special Counsel’s phony Russia collusion witch hunt, and described it as an “insult to our country.”

“These are, I guess, the same Mueller people that put everybody through hell, and I think it’s a disgrace. I think it was a disgraceful recommendation. They ought to be ashamed of themselves.”

The president’s latest remarks follow a tweet early Tuesday, calling the case against Stone “disgraceful” and a “miscarriage of justice.”