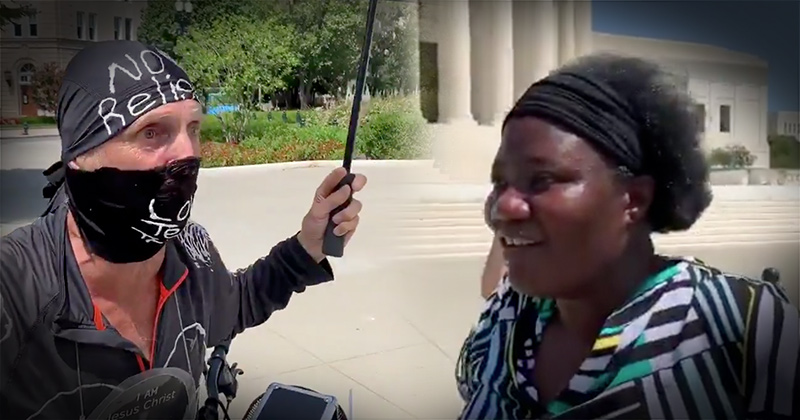 Dr. Immanuel went viral online after a video of Monday’s White Coat Conference was tweeted by Donald Trump Jr. and the president himself.

Stella’s personal Facebook page was also shut down after her speech was censored.

Now, unhinged liberal protesters are confronting Dr. Immanuel on the steps of the Supreme Court.

Shows you just how insane the resistance has become pic.twitter.com/1Ps6MRzJ4D

“You’re not black on the inside! I’m more black than you on the inside,” the man yelled. “There were people in the times of slavery who enabled the slavers. You’re on the wrong side, I promise you.”

In another video from Tuesday’s conference, a female protester asks for doctors to show their credentials after she failed to correctly pronounce hydroxychloroquine.

At the COVID-19 White Coat Summit

Speaker, Dr. Gold, asks the heckler trying to discredit them what the name of the COVID treatment dug is

As the social media giants work overtime to try and remove every upload of Dr. Immanuel’s testimony from Monday, Banned.video has preserved the bombshell footage for your viewing pleasure.