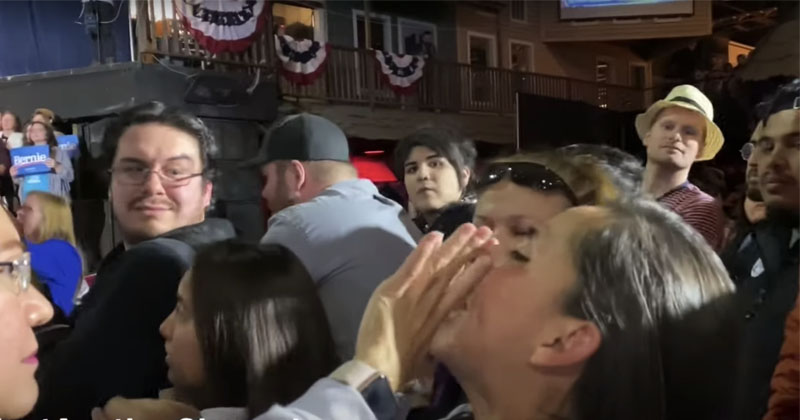 A pro-Trump woman was removed from a Bernie Sanders rally after asking him if he’d stop traveling in private jets while he was lecturing about combating climate change.

The woman, who was wearing a Trump shirt, repeatedly shouted at Sanders about his jet travel during a rally in San Antonio, Texas, on Saturday as attendees around her pushed her and tried to cover her mouth.

As more Bernie supporters began shoving and pushing the woman, two men dressed in black, presumably security, escorted Doss out of the venue as Sanders continued on about climate change.

Outside of the venue, Doss explained that she wanted to highlight Sanders’ hypocrisy on climate change.

Doss added that she noticed the attendees of the Bernie rally emitted a foul odor.

“Those people are crazy. They stunk!” she said. “Oh God these people stunk so bad. They looked like that hadn’t bathed in days.”

Russia, Russia, Russia. No, this time it really was Russians with a prank call. Bernie must wish the Soviets were still in power. Buttigieg is pranking voters, pretending he’s NOT a Marxist. In high school he won an award for his essay admiring Bernie.