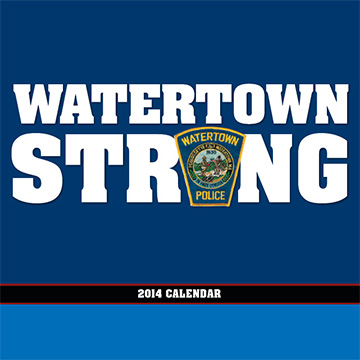 The Watertown, Mass. Police Foundation is asking residents to submit photos to be considered for the town’s 2014 calendar that would memorialize the events of April 19, or the day the Boston suburb was placed on total police state, martial law lockdown.

“Most Watertown residents have numerous mental snapshots of the events that took place in Watertown on and events that followed April 19th, 2013,” the foundation states, referring to the disconcerting actions taken by police following the Boston Marathon bombings, in which the town was placed on lockdown while militarized cops in ski masks and tanks patrolled the streets and force evacuated residents from their homes in search of two suspects.

The foundation is asking for “Interesting photos, compelling photos, preferably positive photos” to memorialize the day the police state boot stamped out freedom in Watertown, and specifically wants “photos of the dramatic confrontation with the Marathon bombing suspects, pursuit and arrest…” 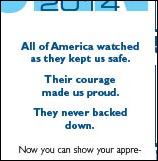 As if attempting to embed the notion that slavery is freedom, a mock-up of what the calendar may look like absurdly states in bold letters, “All of America watched as they kept us safe. Their courage made us proud. They never backed down.”

The foundation asks for “residents of Watertown” to submit photos to [email protected] for consideration, along with a “name and phone number” before the deadline of Sept. 30, 2013.

Below are a few calendar photo suggestions I drummed up myself that should help commemorate the death of the Fourth Amendment their heroics.