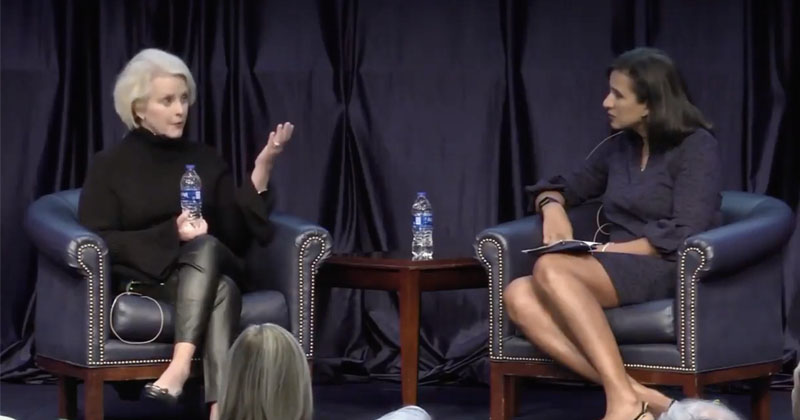 The death of American billionaire Jeffrey Epstein, who committed suicide this August while awaiting trial on sex trafficking charges, raised many questions among the public due to the disgraced financier’s close acquaintance with a number of powerful figures, including British royal Prince Andrew.

Speaking at a human trafficking event in Florida, McCain revealed that her family was quite familiar with Epstein’s wrongdoings as one girl from her daughter’s high school was actually among the financier’s underage victims, then suddenly acknowledging that she “knew” about his crimes.

Although it is unclear who Cindy McCain meant by using pronouns “we” and “they”, social media users soon rushed to express their consternation and resentment, accusing McCain’s family of complicity and concealment of Epstein’s crimes.

What the Hell??? Cindy McCain says “Epstein hiding in plain sight… we all knew what he was doing.” Victims should sue her and John McCain estate. Disgusting. https://t.co/59nVjAkpli

You are all compliant!

Shame on you Cindy McCain!

Wow! @cindymccain, how could you all know and not say a word about it? Your husband was powerful enough to get an investigation started.

The people in the room had to be wondering if they had just heard what they thought they did.
McCain was one of the most powerful men in the country & he couldn't do anything about it??
Unfuckingbelievable!

Jeffrey Epstein was convicted on charges related to sex-trafficking in 2008 but then was released after only 13 months in custody following a plea deal with the government. He has been under investigation for many years over other alleged sex crimes, dying in his jail cell last August while awaiting trial on sex trafficking charges.

His death, which was ruled a suicide, raised many questions due to his association with a number of the world’s most well-known figures and families, including the Trumps and Clintons, as well as British royal, Prince Andrew.

Alex Jones exposes the Pedophile connections to the elite power structure after the mainstream media finally acknowledges Bill Clinton’s connection to Epstein and his pedophile network.