"For removing evidence, I fault him on that, along with a lot of other things," Koch told cameras.

Indeed Giuliani’s Administration has been criticized for the removal of steel evidence and its sale to scrapyards in China and India, for the callous act of using remains at ground zero to fill pot holes and for sending the leftovers (that included human remains) to Fresh Kills landfill en masse.

However, Koch quickly dismissed a series of questions he considered to be ‘engaged in a conspiracy theory.’ "There are people who believe… those buildings were loaded with dynamite. You wanna believe it, believe it. I don’t."

The colorful former mayor instead parroted concerns about the world-wide Islamist conspiracy. "We’re the number one super power, and we have to defend ourselves. I believe there’s an Islamist conspiracy to restore the Caliphate meaning all muslim countries shall be under the rule of one religioius leader."

Koch brushed off an array of other questions.

MORE ON KOCH from Wikipedia: Apparently Koch had been targeted for murder circa 1976 in relation to Operation: Condor by the Uruguayan military. Koch says George H.W. Bush, then CIA director, told him that "his sponsorship of legislation to cut off US military assistance to Uruguay on human rights grounds had provoked secret police officials to ‘put a contract out for you’."

Also on Condor: On September 11, 2001, the 28th anniversary of the Pinochet coup, Chilean human rights lawyers filed a criminal case against Kissinger along with Augusto Pinochet, former Bolivian general and president Hugo Banzer, former Argentine general and dictator Jorge Rafael Videla, and former Paraguayan president Alfredo Stroessner for alleged involvement in Operation Condor. The case was brought on behalf of some fifteen victims of Operation Condor, ten of whom were Chilean.[citation needed] 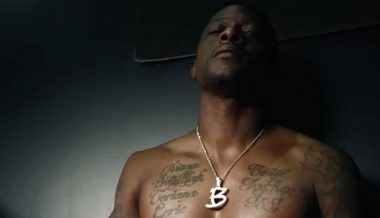 Biden: ‘Nobody Is Going to Be Deported in My First 100 Days’