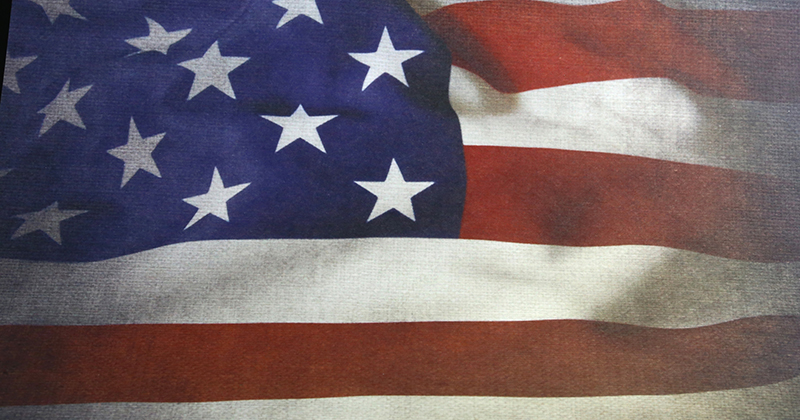 When I was growing up, I was taught to love America.

My father was in the U.S. Navy, our family spent six years overseas as he served at a military base in a foreign land, and every day I would say the Pledge of Allegiance at the local school for military children that I attended.

It was during this period of time that Ronald Reagan was first elected president of the United States, and the things that he said about the greatness of America’s values really inspired me.

Of course no nation has ever been perfect, but at one time the United States was united by a common set of values that we were constantly striving to live up to.

And one of the reasons why I am often so hard on America in my articles is because I want us to rediscover those values and start trying to live up to them once again.

Unfortunately, the truth is that all of the things that once made America so great are slipping away from us a little bit more with each passing day.

For example, just look at how much freedom of speech is being eroded.  Once upon a time, people would gather in homes or marketplaces to exchange ideas, but now we gather on giant social media platforms to share ideas with one another.

And during the early days of social media, speech was left relatively uncensored and it allowed interesting ideas to spread rapidly.  Sadly, things are completely different now, and the level of censorship that we are witnessing is really scary.

There is a certain video that contains footage of prominent doctors talking about potential treatments for COVID-19 that has created quite a stir.  I am sure that most of you know the video that I am talking about, because it started to spread rapidly on Tuesday.  But then Facebook banned it, Twitter banned it, YouTube banned it and other social media platforms banned it as well.  My wife tried to put up a copy of the video herself, and it was taken down immediately.

At this point, freedom of speech is essentially dead on our major social media platforms, and because they have such a dominant position in our marketplace of ideas, that means that freedom of speech has been severely crippled in our society as a whole.

Freedom of religion is being greatly eroded as well.  States such as California continue to ban large church gatherings in order to help prevent the spread of COVID-19, but meanwhile they don’t have any problem with the large groups of protesters that are gathering night after night in our major cities to riot and commit acts of violence.

It looks like this pandemic could be with us throughout 2021 and beyond.  Would some of these blue states really try to keep churches closed for that long?

And there is also a tremendous amount of concern that many of these blue states will require people to take a COVID-19 vaccine once it is available.  President Trump is trying to push vaccine development along as rapidly as possible, because he thinks that if he can announce something before November that it will help him win the election.

But rushing a potentially dangerous vaccine through development and forcibly injecting it into the arms of millions of Americans is not only incredibly foolish, it is also deeply un-American.

And the way that Republicans and Democrats in Congress are responding to this crisis is also deeply un-American.

We are supposed to have a free market capitalist system, and when I was growing up the socialists were always regarded as enemies of our Republic.

But now there are very few politicians in Washington that are not socialists.

This week we were informed that another “stimulus bill” is on the way.  This one is going to involve more direct socialist payments to the American people, but at this point hardly anyone is even bothering to point out that this is pure socialism.

Never before in American history have we done such a thing.  We have been through the Civil War, World War I, the Great Depression, World War II and a whole host of other difficult times, and yet we have never passed out “free money” to everyone in the country before.

And of course we can’t afford any of this extra spending that Congress is doing.  This new stimulus bill is “only” going to cost about a trillion dollars, but that is another trillion dollars that we will have to steal from future generations of Americans.

At this moment we are more than 26 trillion dollars in debt, and soon it will be 27 trillion dollars.  We are systematically destroying America’s future, and our founders would be absolutely horrified at what we are doing if they could see us today.

Of course we abandoned most of the values that they held dear long ago.  What was “right” in their day is now “wrong”, and what was “wrong” in their day has now become “right”.

In essence, we are literally turning into the exact opposite of what they originally intended for America to be.

If we stay on the path that we are currently on, there isn’t going to be an America.

And it deeply grieves me to say that, because I was taught to greatly love this country from a very early age.

For years, I have been trying to get people to wake up.

For years, I have been battling the insidious forces that are eating away at the foundations that this nation was built upon.

And I will continue to battle, but the hour is getting very late, and America is slipping away a little bit more with each day that passes.