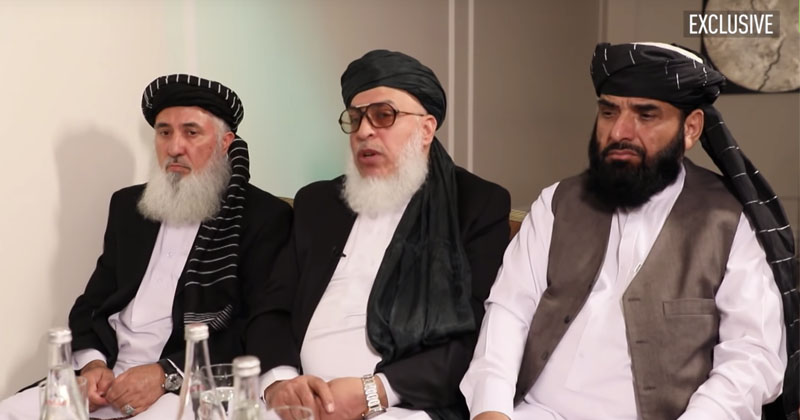 After talks with the Taliban to end to the US ‘forever war’ were killed off by Washington last week, the Afghan militant movement is prepared to fight the “imposed” conflict for another hundred years, its chief negotiator told RT.

The year-long peace process was shut down by President Donald Trump just days ahead of a formal signed agreement. The draft had even been initialed by both parties, top Taliban negotiator Sher Mohammad Abbas Stanikzai told RT. He added that he does not see the US decision as set in stone, however, and said the group remains committed to negotiations.

“Our stance is that there is no solution to the conflict except negotiations and except peace on the table,” Stanikzai said. “We hope that Mr. Trump rethinks his announcement and comes back to where we were.”

The talks were ostensibly called off over a Taliban car bombing that killed a US soldier stationed in Kabul last week – along with nearly a dozen Afghan civilians – with President Trump abruptly cancelling a planned meeting with the militant group at Camp David. The Taliban argues their bombings are a justified response to ongoing attacks by American and Afghan forces, and insist they are defending their land from a hostile foreign occupier.

“The war was imposed on us. It is American soldiers who are in Afghanistan. It’s not our mujahedeen in Washington.”

Stanikzai was skeptical about the president’s reason for stopping the talks, arguing it clashed with statements by Secretary of State Mike Pompeo, who appeared on TV the following day and bragged that the US had killed “over 1,000 Taliban” over the previous ten days, even as the negotiations progressed.

“If they can kill a thousand of us, why can we not kill one or two of them?” Stanikzai asked. “This is our right. We have to defend ourselves and defend our people.”

Pompeo on Meet The Press: "You should know, in the last 10 days we've killed over 1,000 Taliban. And while this is not a war of attrition, I want the American people to know that President Trump is taking it to the Taliban." pic.twitter.com/dXxQwzrYkD

The Taliban representative said President Trump has failed to distinguish himself from his predecessor Barack Obama, who also attempted peace talks with the Afghan militants before changing course at the last moment. He questioned Washington’s commitment to ending what is now a 19-year-long counter-insurgency, and vowed to continue fighting as long as there is a US presence.

“We can do it for a hundred years.”

Only after a formal agreement is signed and American troops are pulled out of Afghanistan can the Taliban settle its differences with other Afghan political factions, including the US-backed government in Kabul, Stanikzai said, calling for “inter-Afghan talks” and a “comprehensive ceasefire.”

The Taliban delegation visited Moscow this week as part of regular meetings with Russian officials, which have continued parallel to the American talks with the militant group brokered by Qatar.

The US invaded Afghanistan in October 2001, following the 9/11 terrorist attacks, which killed nearly 3,000 people in New York City and Washington, DC. US officials accused the Taliban of harboring members of Al-Qaeda, the terrorist group behind the infamous attack.

The war has dragged on for nearly two decades, and has cost American taxpayers some some $877 billion dollars as of March 2019. This includes both fighting the Taliban and trying to rebuild what was left in its wake.

We don’t know what really happened on 9/11 but we do know that we were lied to and not told the whole story.