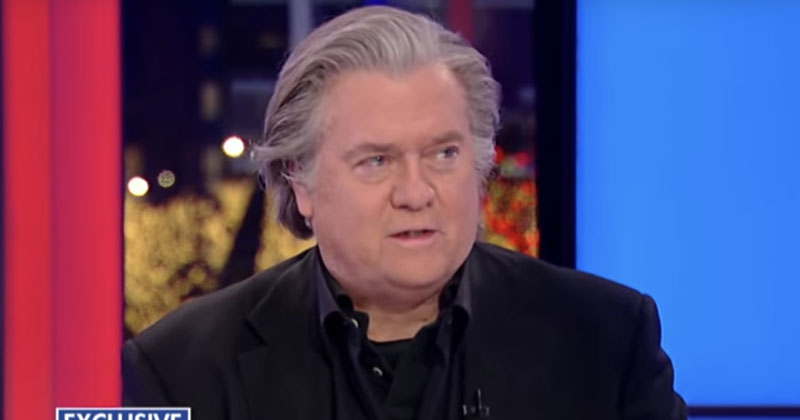 Former White House chief strategist Steve Bannon has called for a full investigation into coordination between Congressional Democrats and members of the media, after articles of impeachment against President Trump appear to have been deliberately ‘slow walked’ in order to coincide with two ‘bombshell’ developments in the Ukraine story.

“First off, Rachel Maddow should be a witness of fact now. She should be brought in,” replied Bannon – referring to the seemingly coordinated media blitz surrounding Lev Parnas, an indicted former Rudy Guiliani associate whose undated, hand-written notes appear to support the claim that President Trump pressured Ukraine into investigating Joe Biden for corruption.

“We ought to have all the emails and all the text messages between Schiff, between Nancy Pelosi, Phil Griffin at MSNBC News. We ought to bring the whole thing out. How did this get dropped? Why have they been working on this for so long? How did this just come about at the last second? She admitted she’s been working on this for months, and the House just got this. The Republicans didn’t even see this when the vote when down,” said Bannon, adding “This is now a complete farce.”

“I think there was collusion between MSNBC, Rachel Maddow, Lev Parnas’s attorneys, and the entire process.” -Steve Bannon

“So why did this not come forward earlier?” asks Regan.

“You know why, because they wanted to drop their “big reveal,” this was going be such a big bombshell. This is all total hearsay from a guy trying to talk his way into a lesser sentence because he’s already indicted. It’s so obvious what he’s trying to do.”

Adding to the collusion / ‘slow walk’ theory is the completion of a report by the Government Accountability Office (GAO) requested by Democratic Senator Chris Van Hollen, which found that President Trump’s pause of US aid to Ukraine violated the law. Of note, virtually every previous administration has received a similar nastygram from the GAO – just not the day after directly related impeachment articles were delivered to the Senate ahead of a trial.

DNC Chair Tom Perez flees from Infowars reporter @allidoisowen when asked about @Veritas video of Bernie campaign staff talking about Gulags for Americans, burning cities, and attacking police if Bernie does not get the DNC nomination.