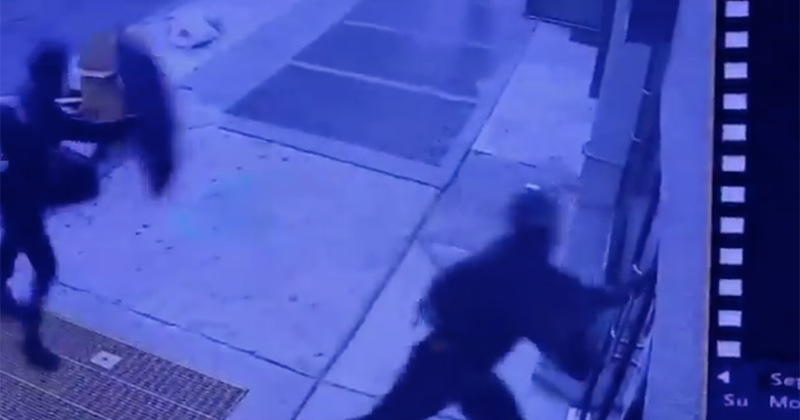 A 20 year old from a wealthy family is being charged for her role in participating in a 3 hour Black Lives Matter “protest” in Manhattan that resulted in nearly $100,000 worth of damage being done to businesses.

Clara Kraebber was arrested after a barrage of destruction in Manhattan’s Flatiron district last Friday. The group was spotted chanting “Every city, every town, burn the precinct to the ground!” , according to RT.  Her group carried signs saying “Death to America” and “Free All Prisoners”.

You think things are bad now? Wait until election day. The Democrats are slowly informing the American public about their plans to take the reigns of power by any means necessary. Whether that is the plunging of the stock market, secession, economic terrorism, or a new wave of the Corona virus. The Democrats are war gaming all of the possible outcomes and strategies right now. Ultimately, their plans will become a recipe for their own failure.

Kraebber is the daughter of an architect and child psychiatrist and comes from a family who owns homes in both the Upper East Side and Connecticut. She was demonstrating with groups calling themselves the “Revolutionary Abolitionist Movement” and the “New Afrikan Black Panther Party”.

EXCLUSIVE: As protestors take to the streets of New York, a small group of troublemakers are seen smashing windows. We know of at least 8 arrests tonight. One store worker says he understands the protests, but doesn’t get the destruction of property – 11p @NBCNewYork pic.twitter.com/vr4z76ZqQn

She is currently an undergraduate at Rice University, where tuition averages about $50,000. According to RT, her family paid $1.8 million for their Upper East Side home and their second home – in Connecticut – features four fireplaces.

Eight people in total were arrested and charged with rioting – some were also charged with having weapons and burglary tools. Protesters lit trash cans on fire and wrote graffiti, including the word “abolition” near Foley Square.

A law enforcement source stated: “This is the height of hypocrisy. This girl should be the poster child for white privilege, growing up on the Upper East Side and another home in Connecticut. I wonder how her rich parents feel about their daughter. How would they feel if they graffitied their townhouse?

Chants of “every city, every town, burn the precinct to the ground” pic.twitter.com/RXX9vHCDLX