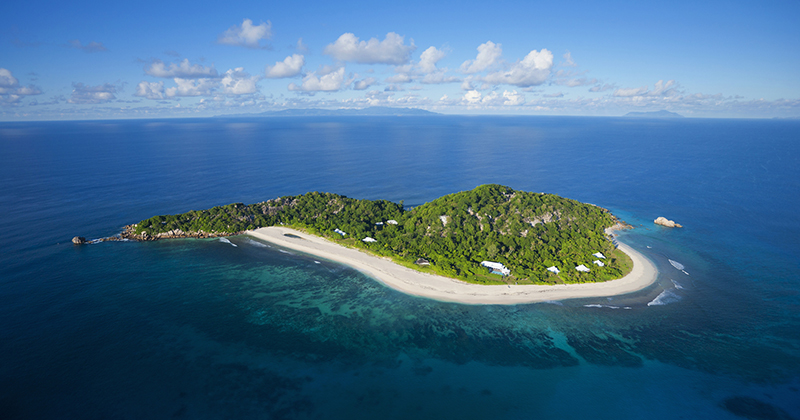 As the virus pandemic continues to spread around the world, demand is surging for private islands as wealthy elites escape virus-infected metros.

The evolution of elites abandoning cities started during lockdowns. Folks with economic mobility packed up their bags and headed to rural communities and towns as major cities were engulfed with the virus and resulting lockdowns. Shortly after lockdowns eased, social-unrest exploded across the country, which was another major factor in the exodus. Let’s not forget, the rapid advances in technology have made it possible for white-collar folks to work remotely.

While fleeing to the suburbs isn’t enough for some folks, there appears to be increasing demand for private islands in recent months.

Alex Jones breaks down the psychological and medical attack on the population that is bring them to their knees to the authoritarian globalist system.

Financial Times spoke with real estate agents who say demand for “private hideaways” in the South Pacific, Caribbean, and remote parts of the US and Europe are becoming in high demand in the age of virus pandemic.

Trayor Lesnock, founder of Platinum Luxury Auctions, and the agent who is selling a small island in Fiji, called Mai Island, said the pandemic has allowed people to “reassess their lives” and pursue new living environments to isolate themselves.

“Owning an island has long been considered cool and desirable, but it’s often been a whimsical dream,” Lesnock said. “But with Covid-19, it’s starting to look a lot more practical, as people rush to find private spaces for themselves and keep a distance from others.”

“There’s obviously a thought process in people’s minds — particularly those that can afford these multimillion-euro properties — that they can just get away and self-isolate,” said Callum Bain, a surveyor at Colliers International, the real estate agent that helped sell the island.

Farhad Vladi, a German businessman who has sold 3,000 islands in five decades, said the pandemic had caused a “spike” in wealthy folks buying islands. He said, “less expensive islands in Scandinavia and Canada” are being purchased at the moment with buyers not even visiting the properties.

Agents said private islands off the coasts of countries that have strict social distancing, and low cases and deaths are in high demand. Many of these islands are based around Australia, New Zealand, and the South Pacific islands.

Pumpkin Island, a private island off Australia’s Great Barrier Reef Marine Park, was recently listed for $25 million, is described by owners as a “safe haven” from the pandemic.

“We’ve weathered the [coronavirus] storm well and people are looking for places where they will have space and where they don’t feel like they’re on top of someone else . . . I definitely think that’s an attraction,” said Laureth Rumble, whose family owns Pumpkin Island.

The trend is clear: wealthy elites are fleeing cities for rural communities, have now decided to buy private islands as the virus pandemic shows no signs of abating.