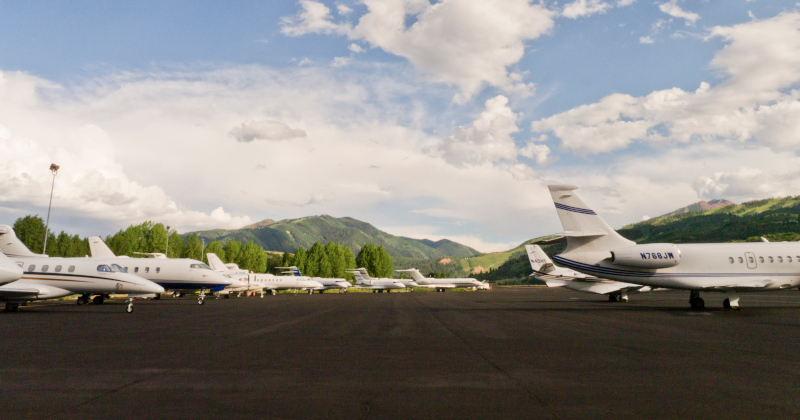 Demand for luxury properties in Aspen, Colorado, and Park City, Utah, is “through the roof,” explained Mauricio Umansky, CEO of real estate firm The Agency, who recently spoke with Fox Business.

“A lot of traveling to Europe this year is probably nonexistent … And so I think a lot of Americans are looking where to enjoy the summer,” he said.

As we’ve previously noted, “there’s a mad rush” of wealthy folks leaving big cities due to the virus pandemic, economic crash, and social unrest. It was noted by Sotheby’s relators that people in the San Francisco Bay Area are fleeing the city for rural communities, such as Marin County, Napa wine country, and south to Monterey’s Carmel Valley.

Some rich people have also fled to their luxury doomsday bunkers — but it seems, for the mainstream household with a couple million dollars in the bank, they’re fleeing to rural communities, no matter if it’s the outskirts of the Bay area, or as we now find out now, Aspen and Park City.

According to the Park City Board of Realtors, the market was hot during 1Q20 as it outpaced last year, despite a pandemic and economic crash. The number of homes sold rose by 11%, and the median sale price was up 5% YoY. The median sale price is about $2 million, which means the area is an exclusive retreat for the rich as they attempt to isolate themselves from the implosion of American cities.

In Aspen, median sales prices increased 6.7% to $6.4 million for single-family homes compared to 2019, according to Aspen Board of Realtors. Supply was tight in the first half of 2020 as the number of days home set on the market was reduced by 30%.

Umansky said people from New York City are fleeing to Aspen, while Park City is seeing folks from Los Angeles or San Francisco. All of these cities have witnessed strict lockdowns, high unemployment, crashed services economies, and now social unrest — that makes city life unbearable to raise a family.

“People have realized that you can work from home,” he said. “And the big question has become: where do you want to sequester with your family if this ever happens again? And so I think people are looking for space and looking for areas where there’s a lot less density.”

The collapse of American cities is set to spark a massive revival of rural communities in the early 2020s. A combination of social unrest, economic crash, and virus pandemic could result in a plunge of real estate in major metros, with slow recovery time as the crisis as the socio-economic crisis worsens.

The trend is your trend — smart money is dumping real estate in major cities — they’re getting the hell out of dodge as radical leftist attempt to defund or disband police departments across the country and turn metros into a world of chaos.