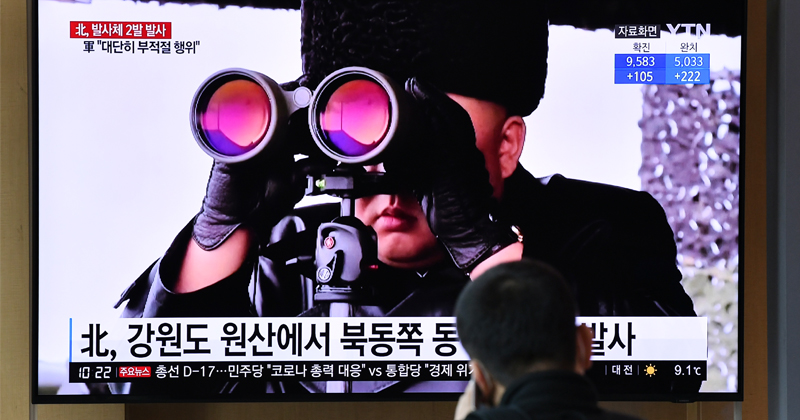 North Korea said it has lost faith in dialogue with Washington after “reckless” US Secretary of State Mike Pompeo called for more pressure on Pyongyang.

In a statement published by the state-run Korean Central News Agency on Monday, an unnamed North Korean diplomat in charge of the talks with the US warned that the country will continue working on “our important planned projects aimed to repay the US with actual horror and unrest for the sufferings it has inflicted upon our people.”

“We will go our own way. We want the US not to bother us,” the official said.

“Hearing Pompeo’s reckless remarks, we dropped the interest in dialogue with further conviction”

Last week, Pompeo urged all countries to bring Pyongyang to the table and to “stay committed to applying diplomatic and economic pressure” on the nation over its ballistic missile tests.

North Korea admitted test-firing multiple rocket launchers on Monday, maintaining that the test was done to strengthen national security. The South Korean Army, meanwhile, reported that Pyongyang had separately launched several projectiles into the Sea of Japan in early March.

The US-North Korean talks showed a glimmer of hope after a promising historic face-to-face meeting between US President Donald Trump and North Korean leader Kim Jong-un in 2018. The negotiations have since stalled with both sides blaming each other for being unwilling to compromise.

Pyongyang, for its part, had been asking for Pompeo to be removed from the negotiation team, claiming that he had played a toxic role in the talks. The US refused to do that, insisting that Pompeo would remain as its top negotiator.