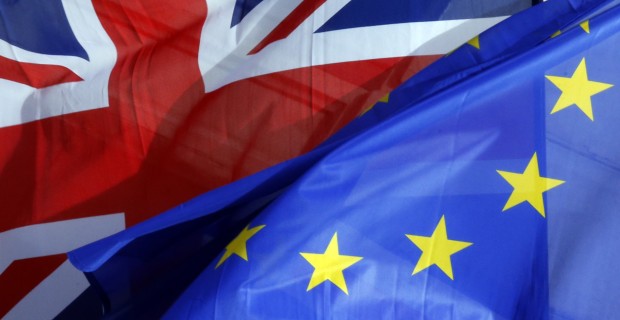 Speaking outside of the European Parliament building in Brussels on Friday, veteran Brexiteer, former Conservative MP, and Brexit Party MEP Ann Widdecombe said: “Today we celebrate our independence: our ability to control our own laws, our own trade deals, our own borders.

“We believe that Britain can now go forward into a future, rejoicing. For the MEPs leaving here today, our duty is done, our harvest is home, and now we’re off!”

Brexit Party MEPs have left the European Parliament for the final time – carrying the Union Jack "home" to the UK.

Led by Anne Widdecombe, the collective were played out by a bagpiper and carried a 'Brexodus Express' sign.#BrexitDay | @brexitparty_uk pic.twitter.com/pMZDAhP7DJ

Ms Widdecombe led the group off parliamentary grounds holding a Brexit Express banner, accompanied by a bagpiper, with MEP Jonathan Bullock bearing the Union Jack. Mr Bullock carried the flag to a waiting car, and held it unfurled out of the window.

(While there may be debate over the media’s widespread reference to the Union “Jack”, with some maintaining that that is only correct when the flag is flown on the masthead of ships, and in all other circumstances, it is the Union flag. However, the charity the Flag Institute says that that is a relatively recent distinction and that historically, the Union flag had been called the Union Jack in non-naval situations. Parliamentary record Hansard reports the Earl of Crewe saying in the House of Lords in 1908, for example, that “the Union Jack should be regarded as the National flag, and it undoubtedly may be flown on land by all His Majesty’s subjects”.)

Nigel Farage revolted against the E.U. tyranny by ushering the U.K. out of the criminal organization while waving the recently banned U.K. flag.