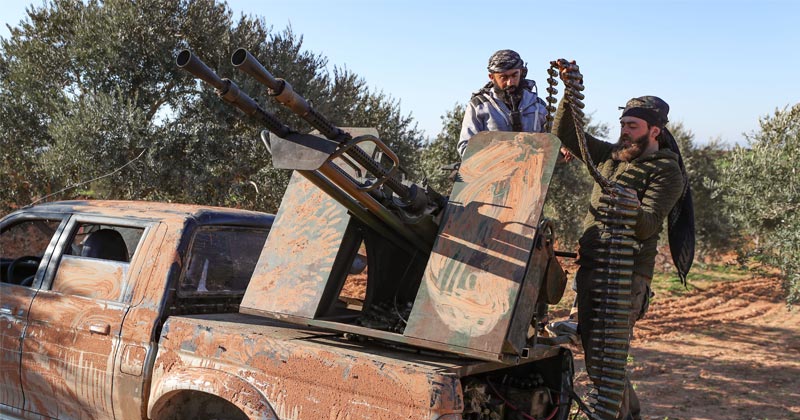 The Turkish leader has ruled out withdrawal from Idlib, where his forces are backing militants fighting the Syrian Army.

He also gave Damascus an ultimatum to retreat beyond Turkey’s observation posts placed on Syrian soil.

“We will not step back in Idlib. We are not the guests in this realm, we are the hosts,” Recep Tayyip Erdogan told a meeting of his AK party on Wednesday.

Vowing to bring “the regime’s attacks” to an end, Erdogan said Ankara is giving Damascus time to pull forces back from Turkish observation posts, but that time “is expiring at the end of the month.”

Erdogan said he’d tried to secure Donald Trump’s support before getting tough on Idlib, “but there is no support yet.” He said: “It seems that we will have another meeting this time.”

Situated in Syria’s northwest, Idlib is the last remaining bastion of anti-government rebels and Islamist militants, who have held grip over the province since as early as 2011.

Hostilities escalated dramatically in recent weeks as the Syrian military renewed its offensive in an effort to capture strategic towns in the province and unlock the M4 highway connecting Aleppo – once Syria’s second most populated city – to other parts of the country.

Damascus’ push prompted Turkish military to deploy thousands of soldiers and hundreds of tanks in order to reinforce their militant allies battling Bashar Assad, while also accusing Syrian troops of bombing civilians and shelling its soldiers.

Meanwhile, Ankara has demanded that Russia pressure Assad into bringing his operation in Idlib to a halt.

However, Moscow insists that the Syrian army is acting within its own territory and has every right to restore sovereignty and quell Islamist insurgency; it also insisted that Turkey failed to separate the ‘moderate opposition’ from the terrorists – a key provision under the 2018 Sochi accord, which set out several “de-escalation zones” across Idlib.