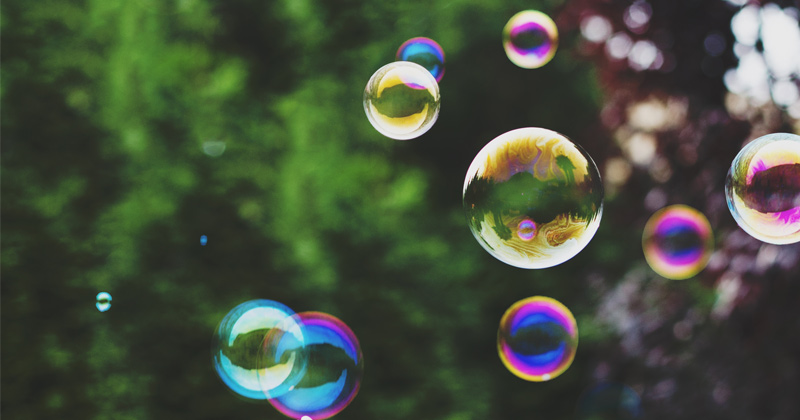 One of the most spectacular events in the startup world this year was the collapse of The We Company IPO.

Originally WeWork, We is a company that is, essentially, a gigantic sublessor. Started in 2010 by Adam Neumann, the vision of We was to provide collaborative short-term leases to companies. Later, it would branch out into gyms, schools, and apartment rentals. Along the way, the company attracted investors to the tune of billions, such as SoftBank’s $9 billion stake. The company was set to go public this year with an expected market valuation of $47 billion. This sky-high valuation was based on the fact that We managed to define itself as a technology company. To this day, no one is quite sure what technology was actually offered.

Then, in August 2019, the whole company came crashing down with the release of the company’s S-1 filing, which is the financial information released for prospective buyers to evaluate whether or not to purchase shares. The S-1 told an optimistic story of togetherness and elevating the world’s consciousness with subleased rental properties. The actual data told a much bleaker story. Poor cash flows, losses that grew with revenue growth and a corporate structure that protected the founder and CEO from any financial risk while giving a controlling share through 20-1 vote B and C common stock. It became glaringly obvious that installing bowling alleys or a beer keg to a rental property wasn’t going to support a huge middle-man bureaucracy to manage all of it.

While the media has been obsessed with the eccentricities of Mr. Neumann himself, such as walking around barefoot and engaging in strange new-age mysticism, there is a much more fundamental problem. Considering the major investor, SoftBank, is also facing troubles with other investments, the main issue is how easy money distorts and disconnects the entrepreneur from the reason why businesses succeed and fail.

The Purpose of a Business is Creating Value
The most fundamental purpose of any organization is to deliver value to some end customer. A manufacturer provides value by utilizing land, labor, and capital to convert raw materials into a usable product. A charity provides value by consolidating money of donors and then utilizing it for philanthropic purposes. An organization that fails to deliver value above and beyond the costs of providing the good or service will find itself going defunct.

There are a number of ways to go about delivering value:

1. Provide a good or service to satisfy a previously unsatisfied want or need.

2. Provide more goods or services where there is a shortage.

3. Provide a good or service for a lower cost than previously available.

4. Provide a good or service so superior to the previous offering that people are willing to switch and/or pay more.

While people like to latch on to the strange behavior of Mr. Neumann, the red flags that this business model would not work were obvious since the company founding. Short-term leasing is already a common practice, the We model would do nothing to alleviate any potential shortages as it added no new capacity, the additional 15,000 people required for administrative overhead ensured the product could not be provided cheaper and We added no value to the space to justify passing on those higher costs as compared to renting directly from a building owner.

From the outset, The We Company failed to satisfy any of the four conditions of success. The company’s IPO failure was inevitable and, I predict, the company itself will likely cease to exist in the near future. We can’t raise prices to cover the higher costs of operations because prospective clients will go elsewhere. The company needs revenues since We engaged in long-term leases in hopes it could flip them, after installing a game room and a beer tap, for a premium.

This is a pattern that holds in many other companies in SoftBank’s investment portfolio. The Chinese ride hailing app Didi is bleeding cash and can’t compete with the low-overhead of the green taxis that are common in major Chinese cities. Uber has lost 35% of its market value and losses are growing despite triple-digit revenue growth .

There are other investments that seem to be heading down the same path, though they’re still in the private phase of operations. The investments poured into the hotel startup Oyo are 20% greater than the market capitalization of Intercontinental Hotel Groups despite having fewer rooms and spread across an inefficient property portfolio. DoorDash has billions invested and is attempting to operate itself by charging people $9 (tax + tip + delivery fee) to deliver food in 45 minutes they can get themselves in 10 minutes while competing in a crowded space of similar concepts.

If it has an app attached or is arbitrarily called a tech company, it seems to be able to get immense amounts of capital investments. No one ever asks the simple question: Why should I buy this product and why should I buy it at a price necessary to generate profits?

Easy Money Blinds Investors and Entrepreneurs
When operating in an easy money regime, finding investments capable of providing reasonable returns becomes difficult to near impossible. Low risk vehicles are bid down to near-zero returns, pushing investors into ever riskier vehicles to generate enough return to cover objectives, be they paying employees of the investment house or an individual trying to set aside money for retirement.

Fearful of losing out, investors will pile into investments based on poor judgment and success is based on nothing more than luck. Frequently, cosmetic features of successful organizations in the market are confused as the underlying reason why the company was successful. In the late 90s, successful companies were observed to have created websites that drew a lot of hits. The cheap money seeking returns, therefore, sought to buy into companies creating websites. People were making money buying and flipping houses in the early 2000s. The cheap money decided to fund more house flipping.

Because of the rush to fund before someone else, investors failed to recognize that companies weren’t successful because they set up a website — people went to the website because the business provided value. House flippers weren’t making money flipping houses because of passive value growth on real estate but because they were buying distressed properties and improving them. Easy money drove investors to abandon rational business evaluation and fund projects that would have otherwise been evaluated as bad bets on no more basis than bearing a passing resemblance to a successful project.

The same is happening today. Instead of evaluating the value proposition of a business, cosmetic features irrelevant to the success or failure of an organization — and today that’s creating a mobile app or arbitrarily designating your business as a tech company — are the primary drivers of investment decision making. This will inevitably lead to another bust in the future.

Entrepreneurs confuse this cosmetic easy-money driven success as legitimate demand, never ask whether or not there is any value in the business model and pile on in desperation to get returns. Without cheap money, few investors and entrepreneurs would make this mistake.