Let’s break down the highlights into the good and bad:

• Average Hourly Earnings of all employees NFP fell by 2 cents, or 0.1%.

• Unemployment rate is unchanged at 9.7% (no improvement this month)

• Civilian Labor Force Participation Rate at 64.9% edged up in March

Stone-McCarthy points out that – if we subtract the temporary hiring of census workers, better weather and birth-death model adjustments – we’re left with a netloss of 67,000 jobs.

Indeed, Goldman Sachs attributes the job gain as “due mainly if not entirely to census hiring and weather rebound”, finds “little underlying improvement”, and says that “productivity gains have diminished sharply”.

Mish gives a detailed analysis on the jobs report, concluding:

It reflects how unemployment feels to the average Joe on the street. U-6 is 16.9%.

Looking ahead, there is no driver for jobs. Moreover, states are in forced cutback mode on account of shrinking revenues and unfunded pension obligations. Shrinking government jobs and benefits at the state and local level is a much needed adjustment. Those cutbacks will weigh on employment and consumer spending for quite some time.

Expect to see structurally high unemployment for years to come.
All things considered, this report looks OK on the surface, and horrendous underneath.

For background, see this. 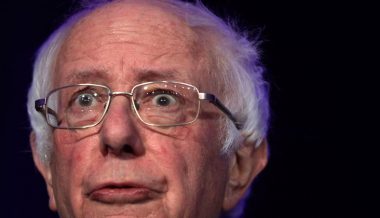