With similarities to toxins like bromine, fluorine, and radioactive iodine, perchlorate has gained a lot of attention in recent years. It’s a chemical commonly used in rocket fuel, explosives, fireworks, batteries, bleaches, fertilizers, and airbags; and that barely scratches the surface. Perchlorate has completely proliferated the environment and the health consequences are disastrous. The following facts about perchlorate will shock you and give you strong reason to take the necessary steps to protect your health. 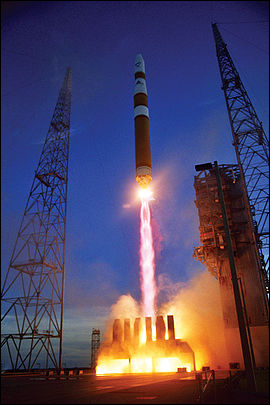 1. Perchlorate is Absolutely a Known Toxin

As a result of rampant industrial pollution, perchlorate has thoroughly contaminated the environment. Lakes, groundwater, tap water, and bottled water have all shown high levels of perchlorate. [3] Environmental pollution seeps directly into the food supply; research shows that the food we eat and the water we drink can be extremely contaminated with perchlorate. [4] Industry fat cats might tell you that it’s “trace” exposure and “not harmful”. Nothing could be further from the truth. Harmful health effects can emerge even from minute exposure. But that doesn’t even matter since we’re well past that point. Contamination has been reported in 49 states, Washington, D.C. and Puerto Rico. [5]

3. Perchlorate is Poison to the Thyroid

Thyroid gland receptors are especially vulnerable to halogens. If we’re talking about iodine, this is good. If we’re talking about fluorine, bromine, and chlorine, it’s bad. Unfortunately, perchlorate is chemically similar to the harmful halogens and interferes with thyroid function in similar fashion. [6] In fact, because of perchlorate’s limiting effect on the thyroid, it’s even been used to treat an overactive thyroid. [7] According to an article in the American Thyroid Association’s monthly journal, exposure to perchlorate significantly increases the likelihood of developing autoimmune thyroid disease. [8]

When perchlorate interferes with iodine absorption and utilization, iodine deficiency can result. Iodine deficiency during pregnancy is known to increase the risk of having a child with mental retardation and stunted growth. [9] Although the United States and Canada have “iodine fortification programs” in place, one study has found that iodine deficiency among pregnant mothers is still common. [10] Women need to be aware of this, as sometimes iodine deficiency causes less apparent early childhood issues like developmental delays and reading problems. [11]

5. Breastfeeding Women Ought to Take Notice

Recent research has noted that breastfeeding women and their babies have a much higher vulnerability to perchlorate than previously thought. Drinking water is only one of many sources of perchlorate exposure that can eventually contaminate breast milk. In fact, research shows perchlorate levels in breast milk are unacceptably high. [12] While using infant formula instead may sound helpful, formula-fed infants also show noticeable levels of perchlorate. [13] [14]

6. The Work Place May Not be a Safe Place

Individuals who work with chemicals containing perchlorate typically have higher levels of the chemical in blood and urine samples. How does this affect their health? In addition to what we already discussed — high blood pressure, reduced lung function, and skin irritation are all common complaints. Additionally, T3 hormone levels (responsible for metabolism, body temperature, heart rate, and development) are often significantly lower. [15]

7. Getting Enough Iodine May Be the Best Defense

Individuals who do not get enough iodine often experience increased effects from perchlorate, even at very low levels of exposure. Without adequate iodine, perchlorate can easily bind to thyroid receptors. [17] As noted by researchers, this can lead to reduced thyroid function and thyroid disease.

The ugly truth is that perchlorate contamination is everywhere and avoiding this chemical can be difficult. Proactive defense is the best plan of action. If you’re not drinking purified water, start. If you’re not consuming organic foods, now is the time to begin (even though it’s not a total safeguard). Periodic chemical and toxic metal cleansing, along with supplemental iodine, can also be helpful.

Are you actively on the offense against perchlorate? What steps do you take? Please leave a comment below and share your experience with us.