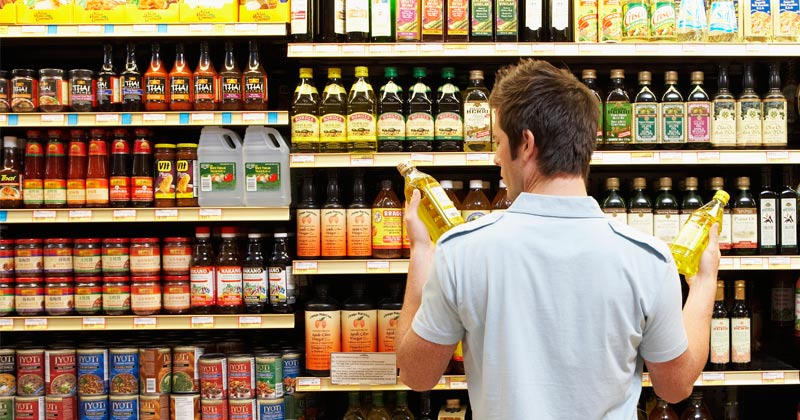 In the popular way of thinking, people are characterized as if a scale of preferences is hardwired in their heads.

Regardless of anything else, this scale remains the same all the time. This thinking does not characterize human beings but robots. The humanoid robot chooses goods because the valuation scale has told him to. The valuation scale somehow knows which good offers the best utility without letting us know how it knows that.

If the valuation scale is part of the human mind, then it makes a lot of sense to attempt to extract this scale by means of either questionnaires or various psychological tests and laboratory experiments. Once the valuation scale is extracted, social scientists can establish how to allocate scarce resources in the most efficient way.

It makes little sense that a valuation scale should reside in the mind of an individual irrespective of the facts of reality. After all, the difference between a robot and a human being is that a human being can change his mind regarding the importance of a particular good to him.

The priority of ends is also likely to change along with an individual’s pool of resources. For instance, with an increase in his pool of resources, an individual who previously assigned a high ranking to having a secondhand car might now decide that a new car is much more important, while the secondhand car will not feature at all on his priority list.

In addition, there can be no valuation without things to be valued. Value is established once an individual’s mind has interacted with a particular thing. The evaluation process then establishes for what end, or purpose, a particular thing could be of use. On this Carl Menger wrote,

Value is thus nothing inherent in goods, no property of them, nor an independent thing existing by itself. It is a judgment economizing men make about the importance of the goods at their disposal for the maintenance of their lives and well being. Hence value does not exist outside the consciousness of men. It is therefore, also quite erroneous to call a good that has value to economizing individuals a “value,” or for economists to speak of “values” as of independent real things, and to objectify value in this way.1

The view that a valuation scale can be regarded as hardwired in people’s minds provides the foundation for the supply-demand curve framework. According to popular thinking, at a given price there is going to be a particular quantity of goods supplied and demanded.

If the selection of goods is set mechanically, how in the world can one talk about utilities and choices? Without conscious, purposeful conduct, the use of the word “utility” is contradictory. After all, the benefit that a good provides must be in relation to an individual’s particular end and particular setup.

The law of supply and demand as presented by popular thinking does not originate in the facts of reality but rather comes from the imaginary construction of economists.

According to Mises in Human Action, the prices of goods are not given as such; they are established in a particular transaction at a particular place and at a given time by human beings.

A market price is a real historical phenomenon, the quantitative ratio at which at a definite place and at a definite date two individuals exchanged definite quantities of two definite goods. It refers to the special conditions of the concrete act of exchange. It is ultimately determined by the value judgments of the individuals involved. It is not derived from the general price structure or from the structure of the prices of a special class of commodities or services. What is called the price structure is an abstract notion derived from a multiplicity of individual concrete prices. The market does not generate prices of land or motorcars in general nor wage rates in general, but prices for a certain piece of land and for a certain car and wage rates for a performance of a certain kind.

In order to secure the price that will improve his lot, the price that the supplier sets must cover his direct and indirect costs and provide a margin for profit. By setting the price, the supplier must make as good an estimate as possible about whether he will be able to sell his entire supply at the price set.

Observe that while the cost of production in some cases would appear to be the main factor in price determination, this is not so. Ultimately, it is the evaluation of the buyer that dictates whether the price set by the supplier is going to be realized. Every buyer decides in his own context whether the price paid for a good betters his life and well-being. If the cost of production is the driving factor behind market prices, then how do we explain the prices of goods that have no cost because they are not produced — goods that are simply there, such as undeveloped land?

Likewise, the cost-of-production theory cannot explain the reason for the high prices of famous paintings.

Similarly, immaterial consumer services such as the prices of entertainment, concerts, physicians, domestic servants, etc., can scarcely be accounted for by costs embodied in a product.

What, then, is the meaning of the equilibrium price that mainstream economists hold is determined by the supply and demand curves? The equilibrium price is established once a supplier sets a price at a level that will attract enough buyers to his supply of a good.

Once the seller sells his goods in return for money or other goods, he has reached his goal as far as bettering his life and well-being is concerned. He has reached so-called equilibrium.

Likewise, the buyer who uses his resources to secure the good offered by the seller has bettered his life and has therefore reached his equilibrium, so to speak.2

If the selection of goods is set mechanically, how in the world can one talk about such utility and choices? Without conscious, purposeful conduct, the use of the word “utility” is contradictory. After all, the benefit that a good provides must be in relation to individuals’ particular ends and circumstances.