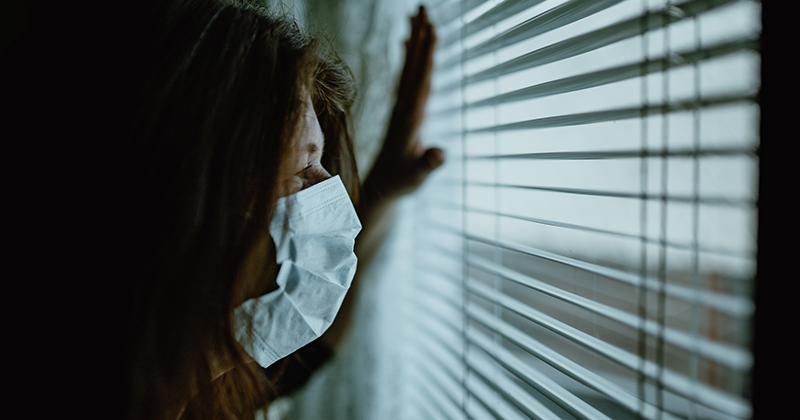 We are seeing a massive backlash against the coronavirus lockdowns all over the United States, and it is likely that the protests against these lockdowns will only intensify in the days ahead.

But some elected officials are doubling down and are insisting that “shelter-in-place” orders will remain in effect in their jurisdictions for quite a few months to come.

I honestly do not know how that is possibly going to work, because after just a few weeks millions upon millions of Americans have become deeply frustrated with these lockdowns.

Trying to confine people to their homes for the foreseeable future is likely to spark tremendous explosions of anger, but that appears to be exactly what authorities intend to do in some of our largest urban areas.

For example, New York City Mayor Bill de Blasio just told Fox News that he expects his city will be shut down until July or August…

The mayor told Hemmer he does not expect New York City to open until July or August.

Does he honestly believe that New York City residents will put up with being confined to their homes for another three or four months?

Over on the west coast, California Governor Gavin Newsom recently told the press that there probably will not be mass gatherings in his state “until we get to herd immunity and we get to a vaccine”…

“The prospect of mass gatherings is negligible at best until we get to herd immunity and we get to a vaccine,” Newsom told reporters at his press briefing.

“Large-scale events that bring in hundreds, thousands, tens of thousands of strangers … [are] not in the cards based upon our current guidelines and current expectations,” he said.

It is exceedingly unlikely that we will get to the point of “herd immunity” in the United States this year, and most experts do not anticipate a vaccine until some time in 2021.

Would he really try to keep his state locked down for that long?

L.A. Mayor Eric Garcetti appears to be on the exact same page, and he has already pretty much ruled out all large gatherings in his city “until 2021”…

Los Angeles Mayor Eric Garcetti said Wednesday that large gatherings like sporting events and concerts are unlikely to occur until 2021 due to the coronavirus pandemic, a major blow for one of the world’s major sports and entertainment capitals.

Considering the fact that the NFL has two teams in Los Angeles, this is potentially an absolutely devastating blow for football fans.

Of course it is possible that the Rams and the Chargers could play their games elsewhere, but that is probably not likely.

Especially in liberal bastions on the east and west coasts, fear of large gatherings is likely to persist for a long time to come.  Facebook has already canceled all large company events until 2021, and other big tech firms will almost certainly follow suit.

Without a doubt, everyone should be in favor of reasonable measures to help prevent the spread of the virus, but the hysteria that we are seeing in some areas of California right now is off the charts.

For instance, Mendocino County has actually banned people from singing in online worship services.  The following is an excerpt from their absurd social distancing directives…

No singing or use of wind instruments, harmonicas, or other instruments that could spread COVID-19 through projected droplets shall be permitted unless the recording of the event is done at one’s residence, and involving only the members of one’s household or living unit, because of the increased risk of transmission of COVID-19.

Of course we aren’t just seeing this sort of insanity here in the United States.

Over in Australia, Prime Minister Scott Morrison is seriously considering extending his nation’s social distancing measures for many months to come…

Australian public life could be constrained for another year because of the coronavirus pandemic, Prime Minister Scott Morrison warned on Friday, as the country’s most populous state mulled sending children to school in shifts.

Australia has so far avoided the high numbers of coronavirus casualties reported around the world after closing its borders and imposing strict “social distancing” measures for the past month.

These lockdowns may be slowing down the spread of the virus to a certain extent, but they are also absolutely crushing economic activity.

Thousands of businesses have been either crippled or destroyed, and tens of millions of jobs have been lost in the United States alone.

Needless to say, business owners and workers all over the nation are sick and tired of not being able to make a living, and President Trump added fuel to their frustration when he called for several states to be “liberated” on Friday…

President Trump made himself the star of the ‘lockdown rebellion’ on Friday by tweeting ‘LIBERATE Minnesota’ and then adding Michigan and Virginia to the list of states that should be freed.

The tweets came one day after the president’s coronavirus taskforce rolled out guidelines that would give governors broad power to decide when states’ economies would open back up amid the coronavirus pandemic.

And instead of waiting for permission, some business owners across the country have decided that they are going to reopen anyway…

“I’m not asking, I’m opening,” he said in the video and said that he thought that business closures were an overreaction. “If in Huron County, for example, we are able to save every life and limit and ultimately mitigate any outbreaks of Covid-19, but in the process of that we all starve to death, what have we accomplished.”

As I have warned all along, Americans are simply not going to have much patience with these sorts of lockdowns, and this is particularly true in areas of the nation that tend to lean conservative. 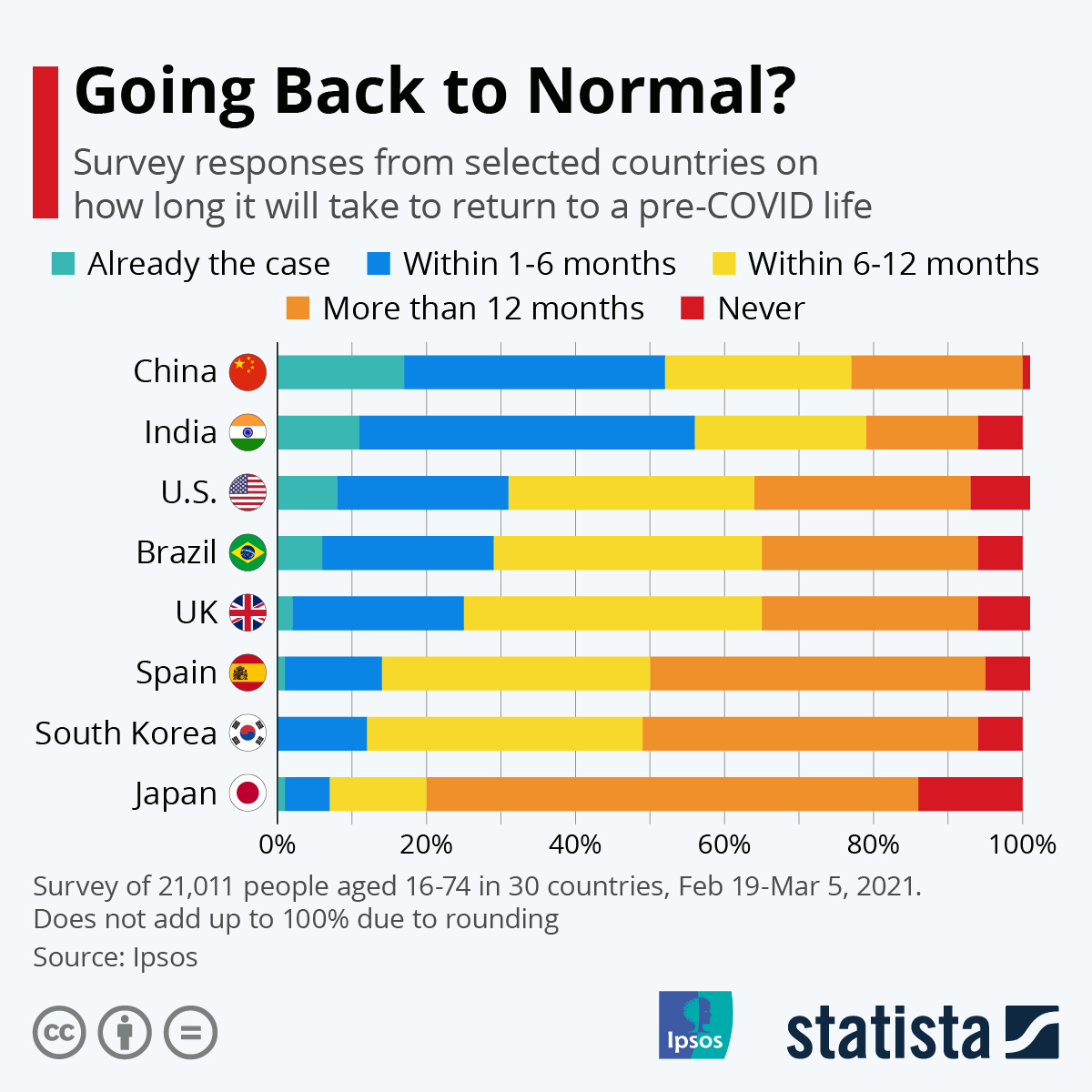 The bump in coronavirus cases is most pronounced in states without stay at home orders. Oklahoma saw a 53% increase in cases over the past week, according to data compiled by Johns Hopkins University. Over same time, cases jumped 60% in Arkansas, 74% in Nebraska, and 82% in Iowa. South Dakota saw a whopping 205% spike.

Once restrictions start being lifted nationwide, it is probably inevitable that we will see another huge wave of new cases and new deaths.

However, it is important to point out that this virus is going to eventually spread through most of the population no matter what measures we take.  Yes, we want to keep our hospitals from being completely overwhelmed, but we also don’t want to completely destroy our economy at the same time.

Our policy makers are going to have some very, very tough decisions in the days ahead, and the truth is that this coronavirus pandemic is just the very beginning of our problems.

The months in front of us are going to be extremely challenging, and life as you have known it will never be the same again.

The good news is that some of the coronavirus lockdowns will start to be lifted in the weeks ahead, and that will enable millions of Americans to start making a living once again.

But in other areas, politicians are warning that the lockdowns could last for many months to come.

If the politicians in your state tried to do that, what would you do?