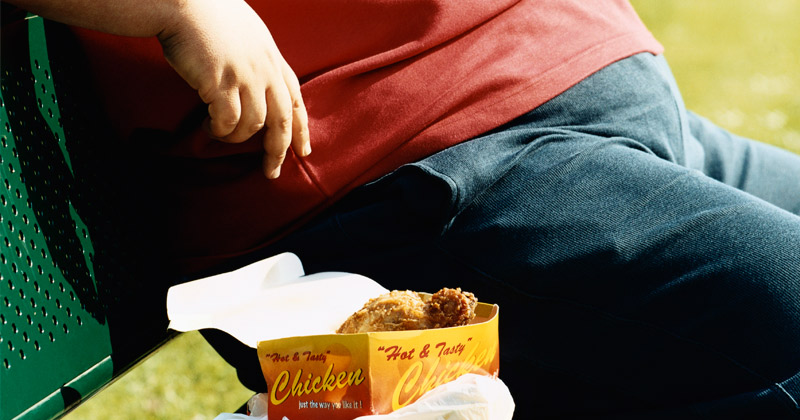 Bernie Sanders declares with piety, “Healthcare is a human right.” His statement may sound reasonable, because when we think about someone without healthcare what comes to mind is pain, suffering, and the loss of hope and dignity.

Bernie is correct that no one in a country as prosperous as ours should be without some form of healthcare. However, is healthcare truly a right? It may sound terrible to some, but the answer is no. Healthcare is not a right nor can it ever be, for very sound reasons.

What Exactly Is Healthcare?

Before we delve into what are actual rights, I have a simple question for Bernie: exactly when did healthcare become a right?

Healthcare cannot possibly be a natural right since healthcare—as we tend to define it today—was not in existence when humans first roamed the planet. Until healthcare was invented, it could never have been a right. So, if it wasn’t a right from the dawn of time, when did it become a right in Bernie’s mind? Whichever date he picked, it would be an arbitrary number.

Let’s say Bernie’s magic date when healthcare became a right was 1900. All the available knowledge about medicine, medical devices such as x-ray machines, and drugs such as cocaine would be considered rights available to all as needed under Bernie’s mandate. But what about all the inventions yet to come? Are those somehow “grandchilded” in? Since 1900, many significant developments have occurred in the medical field, and almost all of them were very expensive when first brought to market. A new drug called Zolgensma, for example, costs patients $2.125 million per patient.  Zolegensma was not available to the public until the FDA approved it in 2019. If healthcare had been a right in 2018, then presumably Zolgensma would have also been a right, although in 2018 it would have been illegal to sell it to the public. By 2019, however, it might have been transformed into something we all have a “right” to use. Was the FDA approval the transformative event?  If not, what exactly turned Zolgensma from an illegal-to-sell substance into something to which one has a right? This is unclear. Of course, it may be that the administrators of Bernie-care would have decided to not fund Zolgensma under the Bernie-care system. Cost controls of this sort are necessary under any healthcare system.  The United Kingdom’s National Health Service (NHS), for example, employs bureaucrats to determine what health treatments are to be funded and which are not. But if the use of Zolgensma—or any substance purported to be medicine—is not allowed under Bernie-care, it implies that not all healthcare is actually a right.

This brings us to the next question: even if we all agree that healthcare should be a right, what does Bernie mean by “healthcare”? Healthcare comprises many different services, procedures, and medicines. Are all those products and services considered healthcare as of the date that Sanders deems it became a right? If so, there is a big problem with that reasoning.

Notice that these sorts of rights are not truly rights at all—they are subject to the whims of politicians and to budgetary constraints. In practice, these whims extend far beyond just approving certain drugs. For example, the NHS supposedly provided healthcare as a right—until they started running out of other people’s money. Now, if a patient smokes or is obese he or she will be refused treatment—or at least be moved to the back of the line until s/he stops smoking or loses weight. Some people apparently have more rights than others under the NHS.

This isn’t how real rights work.

John Locke summarized natural human rights in 1689, in his Second Treatise of Government. He stated that all humans have three inalienable rights from nature: the right to exist, the right to live free, and the right to property. These rights are natural because no one is forced to comply with them, nor do they require one to do anything. The fact that these laws are trampled on by other people and governments repeatedly does not mean they don’t exist.

The nature of these rights does not change over time as technology changes. We do not need government administrators to determine what new technologies will be approved for the purposes of not stealing and not murdering others.

These are negative rights that do not require any funding or action beyond refraining from violating the rights of others.  Most other types of “rights” are actually infringements on real rights.

That is, for Sanders to make healthcare a human right, he could only do so by forcing that “right” on all of us. Bernie could argue that this law would enhance everyone’s natural rights to life, liberty, and property (curing a disease, keeping one healthy enough to continue working and saving monies that would have otherwise gone to pay for healthcare). The new right, however, would violate the rights to freedom and property enjoyed by others.

For example, if one is required by law to participate in a Medicare for All plan—to provide for the “right” to healthcare—one has no choice in the matter (loss of liberty) and one must contribute money to the plan (loss of property). Almost any right provided by government will cost somebody something. And that “something” is taxes and the “somebody” is the taxpayer.

It’s easy to see where this sort of thinking leads.