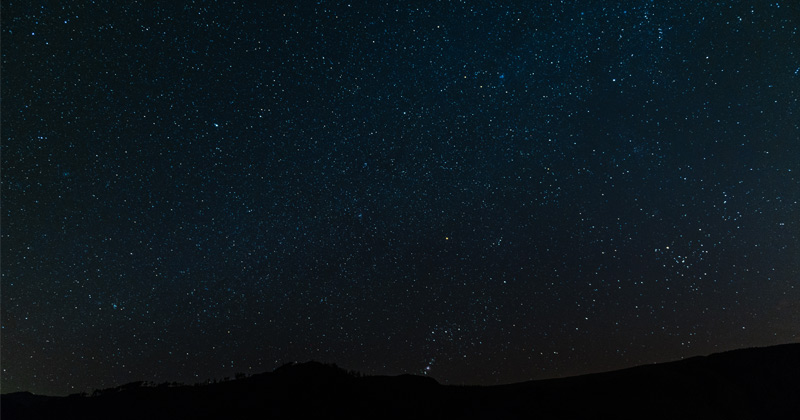 Over 200 molecules have been discovered in space, some (like Buckminsterfullerene) very complex with carbon atoms.

Besides being intrinsically interesting, these molecules radiate away heat, helping giant clouds of interstellar material cool and contract to form new stars.

Moreover, astronomers use the radiation from these molecules to study the local conditions, for example, as planets form in disks around young stars.

The relative abundance of these molecular species is an important but longstanding puzzle, dependent on many factors from the abundances of the basic elements and the strength of the ultraviolet radiation field to a cloud’s density, temperature, and age.

The abundances of the small molecules (those with two or three atoms) are particularly important since they form stepping stones to larger species, and among these the ones that carry a net charge are even more important since they undergo chemical reactions more readily.

Current models of the diffuse interstellar medium assume uniform layers of ultraviolet illuminated gas with either a constant density or a density that varies smoothly with depth into the cloud. The problem is that the models’ predictions often disagree with observations.

Decades of observations have also shown, however, that the interstellar medium is not uniform but rather turbulent, with large variations in density and temperature over small distances.

CfA astronomer Shmuel Bialy led a team of scientists investigating the abundances of four key molecules—H2, OH+, H2O+, and ArH+—in a supersonic (with motions exceeding the speed of sound) and turbulent medium.

These particular molecules are both useful astronomical probes and highly sensitive to the density fluctuations that naturally arise in turbulent media.

Building on their previous studies of the behavior of molecular hydrogen (H2) in turbulent media, the scientists performed detailed computer simulations that incorporate a wide range of chemical pathways together with models of supersonic turbulent motions under a variety of excitation scenarios driven by ultraviolet radiation and cosmic rays.

Their results, when compared to extensive observations of molecules, show good agreement.

The range of turbulent conditions is wide and the predictions correspondingly wide, however, so that while the new models do a better job of explaining the observed ranges, they can be ambiguous and explain a particular situation with several different combinations of parameters. The authors make a case for additional observations and a next-generation of models to constrain the conclusions more tightly.

When when middle-aged, white, working-class men (amongst whom suicide rates are soaring) are dismissed, scorned and told to shut up.