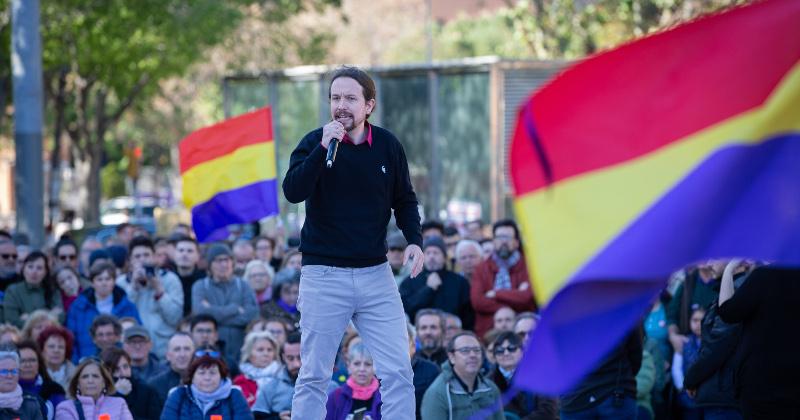 The party’s account was blocked on Monday following a political debate held the day before. Podemos Communications Secretary Juanma del Olmo was the first to report the blocking.

“We have been operating normally for 15 days, sending messages and communicating with people who have asked us to register,” he said later, adding that the channel was shut down on the last week of the election campaign “when people decide on their votes.”

Leo Zagami lays out the facts about how the globalists have been planning to use Joe Biden as a presidential candidate.

According to Podemos, the party had as many as 50,000 registered followers on WhatsApp at the time the channel was blocked. “With just a few days before the election left, we will not be able to start anew if [the channel] is not restored,” del Olmo said. The party then approached the messaging service seeking clarification but apparently did not receive a reply until Tuesday.

Later, the company said in a brief statement to the media that the blocked account was violating its terms of use. “We apply the same implementation standards for all WhatsApp users worldwide. Our terms and services are explicit and do not allow mass messaging or third-party programs to automate messages,” it said, as cited by El Pais.

Podemos argued that it used the same tools all other parties were using. “Why have they shut down only the account of Podemos and not those of other parties doing the same?” del Olmo asked in a tweet, singling out the Spanish Socialists.

The Socialist Party rejected the allegations, telling El Pais that it mostly uses its WhatsApp channel “to answer questions of the people, who write to us and not to send mass messages.” Podemos, meanwhile, accused the service of directly intervening in the election.

“This is discriminatory behavior, interference from a company in an electoral process, which… affects the quality of our democracy,” the party said in a Twitter post.

WhatsApp has not commented on the accusations yet. The Podemos channel remained blocked as of April 24, four days before the election.