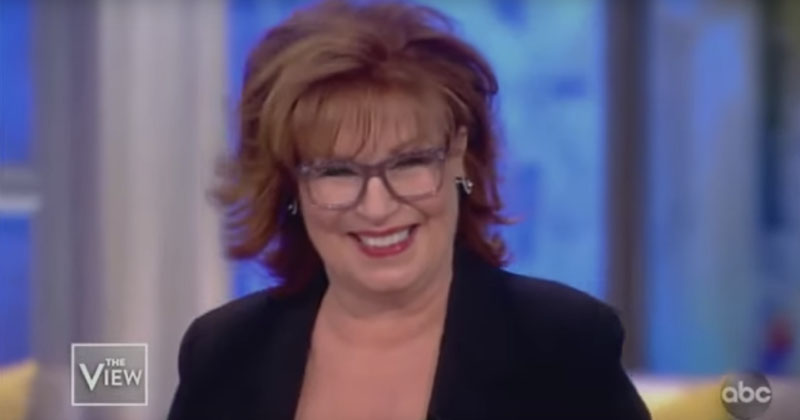 Behar launched into an unhinged rant Wednesday justifying Pelosi’s disgraceful action, calling Trump administration officials “criminals and fascists” and asserting that everything Trump said in his address was a lie.

“She’s playing hard ball like he does,” Behar shrugged. “When they go low, we go lower. That’s the only thing that works with these criminals and fascists who are running the country right now. Sorry, but that’s what works.”

Rather than encourage viewers to look into the many positive facts of Trump’s speech, Behar claimed that Nancy Pelosi’s facial expressions during the SOTU address alone revealed when the president was lying.

Her comments are similar to former Attorney General Eric Holder’s 2018 comments, declaring that “when they go low, we kick them,” in a reference to the far-left group Antifa’s rise in violence against conservatives.

“That’s what this new Democratic Party is about.”

Indeed, it appears Behar is honoring that new legacy.

This impeachment charade has blown-up in the Democrat and Neocon faces, but it doesn’t end there. Why has Nancy Pelosi, Adam Schiff and a significant number of California’s representatives spearheaded this sham impeachment of President Trump? Are they using this process to fish for information about other possible indictments sealed in other matters? Something has the Democrat leadership and neocons scared.