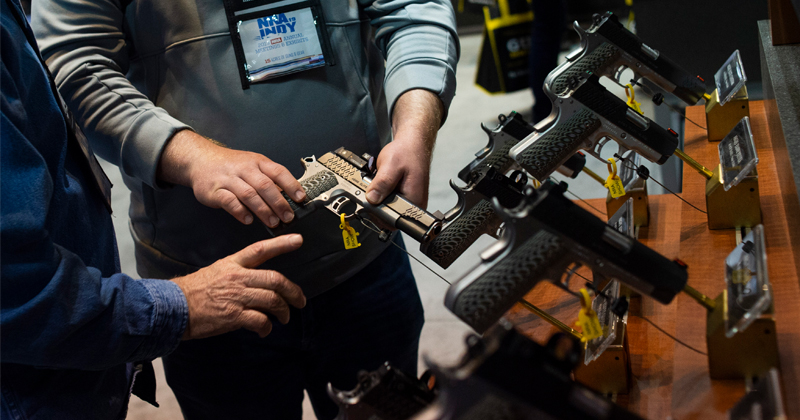 Murder rates are dropping across 38 states while Democrats are choosing gun control as a core platform for the coming presidential election.

“Large regions of the U.S. have very laissez faire gun laws with far lower levels of violent crime than those areas with more gun regulations, reports Ryan McMaken from Mises Institute. “Moreover, if we were to break down the homicide rates into even more localized areas, we’d find that high homicide rates are largely confined to a relatively small number of neighborhoods within cities.”

“Americans who live outside these areas — that is to say, the majority of Americans — are unlikely to ever experience homicide either first-hand or within their neighborhoods.”

In fact, only one region in the U.S. reported an increase in murder – the Mid Atlantic region – and this is attributed to the surge of homicides in Pennsylvania.

“Already this year, the city of Philadelphia has recorded 172 homicides — 3% more than the number recorded at the same time last year,” reports The Philadelphia Tribune. “The city’s homicide rate reached a 10-year high in 2018.”

It’s important to note that gun-grabbing politicians are determining a state’s violence rate by its number of “gun deaths” rather than simply just homicides.

This means that suicides are being used to inflate a state’s “gun deaths.”

As the saying goes: “statistics don’t lie, but liars use statistics.”

The Anti-Milita Strategy for Gun Control