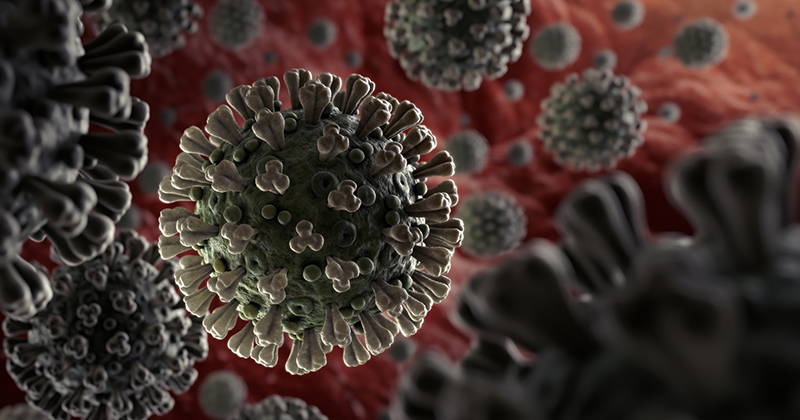 It also alleges that health agency leaders engaged in a ‘corrupt cover-up’ when staff members complained, according to the Times.

Filed with the Office of the Special Counsel, a whistleblower described as a ‘senior leader’ at HHS said the team was “improperly deployed” to two California military bases to assist with processing American evacuees from coronavirus hot zones in China and elsewhere.

The staff members were sent to Travis Air Force Base and March Air Reserve Base and were ordered to enter quarantined areas, including a hangar where coronavirus evacuees were being received. They were not provided training in safety protocols until five days later, the person said.

Without proper training or equipment, some of the exposed staff members moved freely around and off the bases, with at least one person staying in a nearby hotel and leaving California on a commercial flight. Many were unaware of the need to test their temperature three times a day. –New York Times

“I soon began to field panicked calls from my leadership team and deployed staff members expressing concerns with the lack of H.H.S. communication and coordination, staff being sent into quarantined areas without personal protective equipment, training or experience in managing public health emergencies, safety protocols and the potential danger to both themselves and members of the public they come into contact with,” reads the complaint, which HHS has acknowledged receiving.

“We take all whistle-blower complaints very seriously and are providing the complainant all appropriate protections under the Whistleblower Protection Act,” said deputy assistant secretary Caitlin B. Oakley, who is also the department’s national spokeswoman for the Office of the Assistant Secretary of Public Affairs. “We are evaluating the complaint and have nothing further to add at this time.”

The Times notes that the complaint comes right after President Trump began to downplay the risks of coronavirus on US soil “amid bipartisan concern about a sluggish and disjointed response by the administration to an illness that public health officials have said is likely to spread through the United States.”

In other words, the coronavirus response officially an election issue now.

Alex Jones makes an emergency announcement about the slipping availability in the storable foods industry.

The whistle-blower’s account raised questions about whether the Trump administration has taken adequate precautions in its handling of the virus to date, and whether Mr. Trump’s minimization of the risks has been mirrored by other top officials when confronted with potentially disturbing developments. –New York Times

The first American case of coronavirus emerged neary Travis Air Force Base this week in an American patient with no known contact with hot zones or other coronavirus patients.

The Times also reports that similar incidents ‘appear to have happened elsewhere,’ pointing to HHS employees were also dispatched to Marine Corps Air Station Miramar to help evacuees from Wuhan, China “someone with direct knowledge of the effort” leaked.

The levels of protection varied even while he was at Miramar, he said. Standards were more lax at first, but once people arrived who appeared to be sick, workers began donning personal protective equipment. He is now back at work, and has yet to be tested for coronavirus exposure.

In the complaint, the whistle-blower painted a grim portrait of agency staff members who found themselves on the front lines of a frantic federal effort to confront the coronavirus in the United States without any preparation or training, and whose own health concerns were dismissed by senior administration officials as detrimental to staff “morale.” They were “admonished,” the complaint said, and “accused of not being team players,” and had their “mental health and emotional stability questioned.”

After a phone call with health agency leaders to raise their fears about exposure to the virus, the staff members described a “whitewashing” of the situation, characterizing the response as “corrupt” and a “cover-up,” according to the complaint, and telling the whistle-blower that senior officials had treated them as a “nuisance” and did not want to hear their worries about health and safety. –New York Times

California Democratic Rep. Jimmy Gomez, whose office received the complaint, appeared to reference it during a Thursday morning hearing with HHS secretary Alex M. Azar in the House Ways and Means Committee. Gomez was contacted by the whistleblower, who he had met before entering Congress, due in part because his committee has jurisdiction over HHS.

“To your knowledge, were any of the ACF employees exposed to high-risk evacuees from China?” Gomez asked Azar during a tense exchange.

“They should never have been, without appropriate PPE,” Azar responded – referring to ‘personal protective equipment’ used to protect workers from disease. “If you were anyone in quarantine, to maintain quarantine, that should be the case.”

Gomez claimed that the teams sent to March and Travis air bases dealt with a “chaotic” situation.

“I would not accept your proposition that it was chaotic at all times,” Azar responded. “I am not aware of any violation of quarantine or isolation protocols.”

“Do you think that breaking basic protocols and exposing untrained human service employees to the coronavirus before allowing them to be dispersed around the country could have endangered the employees and other Americans?” Gomez asked.

“I don’t believe that has taken place,” replied Azar.

The complaint, which was reported by The Washington Post, surfaced the day after the Centers for Disease Control and Prevention confirmed the first known instance of a person testing positive without exposure to anyone known to be infected with the coronavirus, also known as Covid-19, or recent travels to any of the countries where it is circulating. The C.D.C. said that it was possible the patient, who is a resident of Solano County, Calif. — home to Travis Air Force Base — could have been exposed to a returning traveler who was infected.

March Air Reserve Base in Riverside, Calif., housed 195 people evacuated from Wuhan, China, for 14 days beginning in late January, while Travis in Northern California has housed a number of quarantined people in recent weeks, including some of the approximately 400 Americans on the Diamond Princess cruise ship that had docked in Japan. –New York Times

The whistleblower claims that the staff members, who had some experience with emergency management, were not properly prepared for the task at hand.