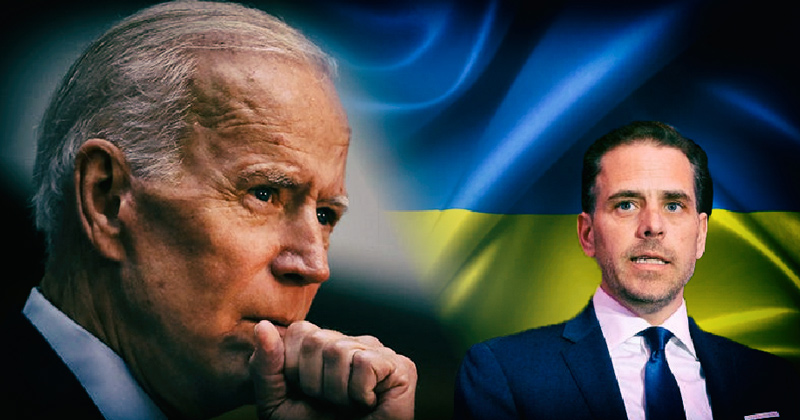 Eric Ciaramella, the so-called whistleblower at the center of the Ukraine debacle, hosted a White House meeting in January 2016 with Ukrainian officials demanding that the prosecutor looking into Hunter Biden be fired in exchange for an IMF loan.

The revelation is corroborated by White House visitor logs and reporting by The Hill’s John Solomon, who first reported last spring that a meeting took place between Obama officials and Ukrainian investigators to discuss Joe Biden and Burisma Holdings, the energy company whose board his son Hunter presided over.

According to Solomon, Andrii Telizhenko, then a political officer in the Ukrainian Embassy in Washington, said that U.S. officials told the Ukrainians to drop the Burisma probe and allow the FBI to take it over.

The other case raised at the January 2016 meeting, Telizhenko said, involved Burisma Holdings, a Ukrainian energy company under investigation in Ukraine for improper foreign transfers of money. At the time, Burisma allegedly was paying then-Vice President Joe Biden’s son Hunter as both a board member and a consultant. More than $3 million flowed from Ukraine to an American firm tied to Hunter Biden in 2014-15, bank records show.

According to Telizhenko, U.S. officials told the Ukrainians they would prefer that Kiev drop the Burisma probe and allow the FBI to take it over. The Ukrainians did not agree. But then Joe Biden pressured Ukrainian President Petro Poroshenko to fire Ukraine’s chief prosecutor in March 2016, as I previously reported. The Burisma case was transferred to NABU, then shut down.

According to White House visitor logs, the only meeting mentioning Telizhenko in January 2016 was hosted by none other than Eric Ciaramella, who was found in the logs visiting the White House over 200 times that year.

As attorney Robert Barnes noted, this is precisely the reason why the Democrats don’t want the whistleblower to testify — he was directly involved in the plot to fire the Ukrainian prosecutor investigating Hunter Biden.

“More evidence emerges that the reason the media want to hide the name of the whistleblower is an honest investigation into Ukraine-Biden corruption would expose the whistleblower’s own personal role in criminal conduct. This is why we don’t allow secret accusers in America,” Barnes tweeted Monday.

More evidence emerges that the reason the media want to hide the name of the whistleblower is an honest investigation into Ukraine-Biden corruption would expose the whistleblower's own personal role in criminal conduct. This is why we don't allow secret accusers in America. https://t.co/O3cobA6B97

President Trump hinted in recent tweets that it was suspicious the whistleblower suddenly won’t testify after Democrats were clamoring for his testimony only weeks ago.

Where is the Whistleblower who gave so much false information? Must testify along with Schiff and others!

The Democrats are doing damage control saying that Joe Biden didn’t ask for the prosecutor to be fired over his son’s investigation. You can see in this video how Joe Biden is celebrating that he was successful in getting Viktor Shokin fired. The Left is saying that Joe Biden only asked from him to be removed because of corruption.

“By the way, upgrade your smile with the new SuperSilver Whitening Toothpaste that’s on sale now!”