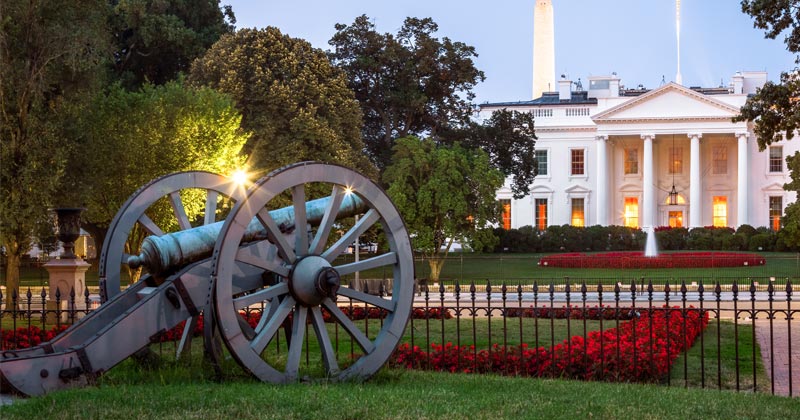 A Google engineer has gone public about the ways Google and other Big Tech companies are moving against President Trump ahead of the 2020 election.

Zach Vorhies, who was a high-level engineer with special access to Google algorithms, explained the exact steps Big Tech is taking to blacklist Trump’s base and news outlets that are fair to the president while also moving to suppress Trump’s speech.

“I think that if you want to look at the biggest threat, it’s Google together with Facebook, together with Twitter [that] form this echo chamber in which if they want to, they can applied their controlled narratives,” Vorhies said in an interview with Owen Shroyer. “Then, what they’re going to do is press down the voices that they don’t want and boost up the voices that they do.”

“Infowars has sort of been the main victim in this, and it’s clear if your audience looks at the disclosure lists posted by Project Veritas, they’re going to see Infowars pop up in numerous black lists that have been disclosed.”

Indeed, many other news outlets  – and even several innocuous Christian websites – made the list posted by Project Veritas, including the Christian Post, DonaldTrumpNews.co, ChicksOnTheRight.com, Veterans Today and Christian Today.

Interestingly, the list does not contain the key words of and relating to “atheist,” “atheism,” “Islam,” or “Muslim,” meaning that the Christian web site were blacklisted because they’re Christian and not because they pertain to religion in general.

Vorhies started his career with Google as a junior engineer and left eight years later as a senior software engineer.

He pointed out that the documents he leaked to Project Veritas were available to almost any Google employee on their internal network, indicating that the bias is widespread across the company.

“I just started collecting a treasure trove of documents that was showing a clear intention to unduly influence the election and other nefarious things,” he stated.

Vorhies also said this activity was a direct result of Trump winning the 2016 election, which is also collaborated by a video recorded by Google shortly after that election in which employees at an “all-hands meeting” show a determination to thwart the Trump agenda.

“It started in 2016, right after Donald Trump got elected – the company did a full 180 and started to communicate its intention to break away from its mission statements to the employees of the company,” he added. “[But] there’s a misconception that Google is trying to censor the right – they’re also trying to the left.”

The former engineer explained how Democratic candidate Tulsi Gabbard was a victim of censorship, showing that Big Tech bias is against not just conservatives, but non-establishment voices in general.