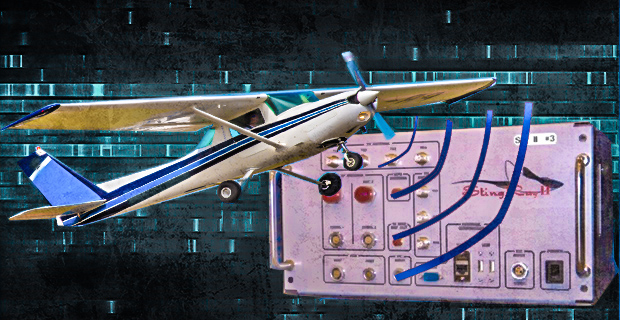 A whistleblower tied to the U.S. intelligence community has leaked a secret catalog containing a wide array of cellphone surveillance devices.

Obtained by reporters with The Intercept, the catalog, released by the whistleblower to highlight the technology’s role in militarizing police, “offers rare insight into the spying capabilities of federal law enforcement and local police inside the United States.”

“The catalogue includes details on the Stingray, a well-known brand of surveillance gear, as well as Boeing ‘dirt boxes’ and dozens of more obscure devices that can be mounted on vehicles, drones, and piloted aircraft,” the article states.

Although no publication date is present, the catalog appears to be from at least 2012. Devices listed inside range in price from $5,500 to more than $1 million per item.

Among the devices listed, used by agencies such as the FBI, CIA, DEA and NSA, capabilities include everything from targeting “10,000 unique phone identifiers” to capturing deleted text messages.

“Above all, the catalogue represents a trove of details on surveillance devices developed for military and intelligence purposes but increasingly used by law enforcement agencies to spy on people and convict them of crimes,” the article notes.

Despite claims from local law enforcement that such devices are needed to detect potential terrorist attacks, multiple reports have shown that most uses, done without a warrant, surround low-level street crime and even political protests.

In August of 2014, documents obtained through a public records request showed that a police department in Washington state used a Stingray to locate a missing city laptop, not to investigate a rape, kidnapping or homicide as the department had claimed upon purchasing the device.

Police in Chicago were accused of using an IMSI-catcher during a protest over the death of Eric Garner last December after police scanner audio appeared to indicate surveillance of a prominent protester’s cell phone.

According to The Intercept, the NSA, U.S. military and FBI all declined to comment on the catalog’s leak. The Department of Justice, however, argued that all use of such devices are “consistent with the requirements and protections of the Constitution, including the Fourth Amendment, and applicable statutory authorities.”