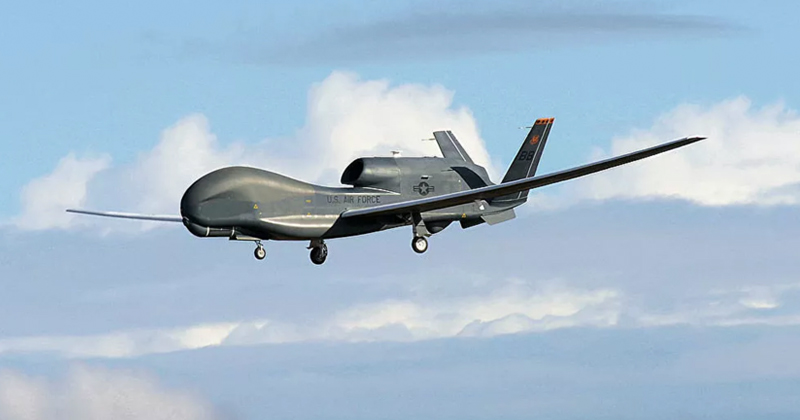 According to a report by Reuters, the US is seeking to reinterpret the Missile Technology Control Regime (MTCR), a 1987 arms control agreement, so as to permit the sale of US drones to more countries where makers such as Israel and China, which are not governed by the treaty, dominate the market.

Reuters reported on Friday, citing defense industry executives, that the Trump administration wants to redefine the MTCR so that large unmanned aerial vehicles (UAVs) are no longer classified as cruise missiles. This would remove them from tight regulations intended to prevent the proliferation of missile technology, and thus also of nuclear weapons.

The redefinition would affect US drones such as General Atomics’ MQ-9 Reaper and Northrop Grumman’s RQ-4 Global Hawk, two large drones that fly slower than 500 miles per hour.

Heidi Grant, director of the Pentagon’s Defense Technology Security Administration, told Reuters the move would help boost drone sales by those companies, noting that some nations that have previously shown interest in acquiring US drone technology, such as Jordan, Romania, Saudi Arabia and the United Arab Emirates, are instead filling their needs with Israeli and Chinese UAVs.

Stemming the Spread of WMDs

The MTCR was drawn up in 1987 by the G-8 countries to limit the spread of missile technology. Its primary concern was preventing the spread of technology for projectiles capable of carrying an 1,100-pound payload a distance of 190 miles, judged to be the minimum weight for a first-generation nuclear weapon and the minimum distance for a viable strategic strike, but the regime later expanded to include potential biological and chemical delivery systems as well.

The agreement itself is nonbinding, but adherents are obliged to “establish national export control policies for ballistic missiles, cruise missiles, unmanned aerial vehicles, space launch vehicles, drones, remotely piloted vehicles, sounding rockets, and underlying components and technologies that appear on the regime’s Material and Technology Annex,” according to the Arms Control Association, a US-based nongovernmental body.

Today there are 35 member nations, but large weapons makers such as Israel and China, as well as Slovakia and Romania, remain outside the treaty, although they have also informally pledged to abide by its mandates.

The MTCR is just the latest international agreement to come under fire from the Trump administration. From the 2015 Iran nuclear deal to the Intermediate-Range Nuclear Forces (INF) Treaty, and most recently the Treaty on Open Skies, the White House has taken the US out of one agreement after another aimed at stabilizing an increasingly unstable world.

Other documents, such as the 1968 Outer Space Treaty, a nonbinding agreement barring the militarization of space, and the New START nuclear treaty that ends next year, are also imperiled by US policies.

In a Thursday op-ed in Defense News, Heather Penney, a senior resident fellow at the Mitchell Institute for Aerospace Studies and a former US Air Force F-16 Falcon pilot, argued the US was surrendering the drone market even among its allies to “irresponsible actors” like China.

“UAVs are essential, high-leverage tools in modern military operations – from ISR [intelligence, surveillance and reconnaissance] to strike and beyond,” Penney wrote. “As the nation now positions to compete against high-end peer threats, American success depends upon leveraging unmanned aerial systems across the spectrum of combat. This means that our allies and partners must also have access to these same systems.”

The analyst noted that, like other Chinese technology flagged by US intelligence as potentially forming security vulnerabilities, allowing US allies to use Chinese drones could turn them into a “liability.”

“Chinese equipment erects barriers to more effective coalition operations because it poses a security liability. Left unchecked, Chinese UAVs create the opportunity for Chinese intrusion into US systems and networks to observe or disrupt operations. Coalitions fundamentally rely on trust. That bedrock is rapidly eroded if the equipment used by US partners is suspect,” she said.

US intel-sharing partners in the “Five Eyes” alliance, namely the UK, Australia, New Zealand and Canada, have attacked Chinese tech companies as being potential spy tools for the Chinese government. Among others, telecom giant Huawei has been extensively demonized by Washington as ostensibly having put Beijing-mandated “backdoors” in its cellphones and 5G networks that would compromise user privacy – accusations Huawei and Beijing have both denied.

Chinese civilian drone makers already have the worldwide market cornered. According to 2018 industry estimates, Shenzhen-based Dà-Jiāng Innovations (DJI) supplies some 74% of civilian drone needs worldwide, including sales to police departments and other government agencies. In January, the US Department of the Interior grounded its entire 800-aircraft fleet of Chinese-made drones in a reversal of a prior study that found the drones would not be security liabilities.