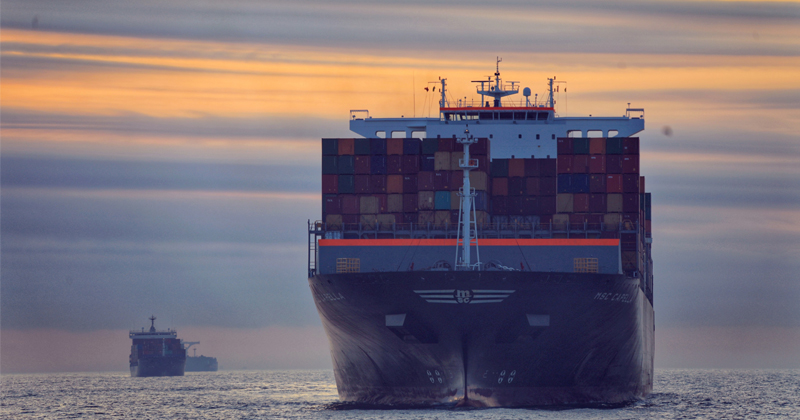 A Chinese official recently suggested that Beijing might need some ‘wiggle room’ to fulfill its commitments under the ‘Phase 1’ trade deal.

Now, the Treasury Department is hinting that this might not be an option, and that the US expects the Chinese to honor their commitments.

Citing comments from an anonymous ‘senior Treasury official’ (possibly Mnuchin himself), Reuters reports that the US government expects China to honor its commitments, to which it agreed late last year, around the same time that the virus first emerged in Wuhan.

The report arrives just days after the IMF confirmed that the epidemic had already disrupted economic growth in China, and that it could derail already-fragile global growth if it continues to worsen and spread.

However, the official narrative in Beijing is that the government is winning the war, and that the brief pullback in Q1 growth will be offset by a recovery later in the year.

If you’re wondering why the administration would allow such a potentially damaging story to surface on a day when stocks are already in the red, well…we wouldn’t blame you…but more on that later.

Yesterday, the market got the first hint at the outbreak’s impact on China’s high-tech manufacturing sector (think Foxxconn, iPhones) with an unprecedented drop in China’s emerging industries PMI.

But so far the fallout has been beyond brutal.

To be sure, the US didn’t rule out all flexibility. While the official said the US still expects China to meet its commitments with the $200 billion figure in total imports, he pointed out that these increases are supposed to be doled out over a “period of time.”

As the Washington Post reminds us, China’s agricultural commitments alone in the Phase 1 deal were pretty specific: Beijing agreed to buy an additional $32 billion over the first two years, $12.5 billion over the $24 billion baseline in 2020, and $19.5 billion over that same baseline in 2021. The ‘baseline’ is $24 billion, the level of Chinese ag purchases in 2017, before Trump decided to instigate his big trade war. The commitments were part of a deal that’s supposed to guarantee an additional $200 billion in ag purchases over the baseline in the years ahead, with Beijing ordering state-controlled firms to carry them out in good ol’ fashioned centrally planned purchases that brings to mind the control economies of the Communist era.

And those ag purchases are only part of the broader $200 billion commitment over two years: Technically, China is expected to purchase an additional $77 billion US goods in 2020 and $123 billion by 2021, compared with a baseline of U.S. imports from 2017

However, almost as soon as the deal was signed, economists and analysts complained loudly that the deal was little more than a PR stunt, and that there was no way Beijing would be able to guarantee such hefty purchases (others argued that Beijing could make it happen). On Thursday, the chief economist at the US Department of Agriculture seemed to suggest that these critics might have been on to something when he released a projection claiming that China would only import roughly $14 billion in ag products during the business year that ends Sept. 30. That’s only a $4 billion increase from a year ago. Purchases were supposed to be between $40 and $50 billion this year and next year.

Perdue made the comments during the USDA’s Agricultural Outlook Forum this week, and during a news conference later on, he added that enforcing the deal “remained a concern” and that the coronavirus outbreak made projections difficult. So far, China has lifted some restrictions, including a live poultry ban (mostly for breeding), affecting the US. But that ban wasn’t related to the trade war; ironically, it was a precaution put in place during an avian flu outbreak.

While some of the discrepancy is related to a mismatch with the calendar year, the chief economist said there are other reasons why the numbers aren’t matching up. Perdue also said that the department wouldn’t just assume that China will meet its commitments and stick those numbers into the projections.

Still, Beijing has offered some hints that it’s following through: This week, the Global Times, a government mouthpiece, reported that China was likely to buy 10 million tons of US liquefied natural gas despite a major glut.

It’s possible we’ll learn more following the G-20 meeting in Riyadh on Saturday and Sunday, where Mnuchin will discuss the economic fallout of the global pandemic with other senior finance ministers of the world’s largest economies. Though representatives from China will be notably absent. Instead, the Treasury official told Reuters that ‘lower level’ officials would represent the finance minister and head of the PBOC. The meeting was supposed to focus on the OECD’s efforts to draft new international tax rules that have become a point of contention between the US and Europe, since they would impact American tech giants like Facebook, Google, Amazon etc.

One would think, with the election coming up in November and Beijing desperate to guarantee higher economic growth, that it’s now more important than ever that the deal holds. But while that may be true, by keeping the threat of collapse and disaster close at hand, Trump and his administration can convince markets that the Fed is ready to step in with another rate cut if things get out of control, virtually guaranteeing (at least, in their estimation) that markets will remain buoyant until November.

However, if markets catch the slightest whiff of reflation between now and then (unlikely given the strength of the dollar and drop in oil prices), they might panic, believing that the Fed has been robbed of its great excuse to keep rates low, and suspecting (possibly correctly) that Chairman Powell won’t stick his neck out for Trump’s sake.