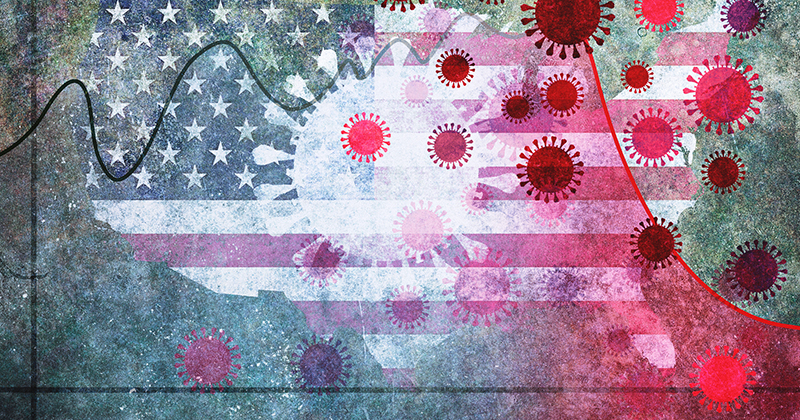 As President Trump declared that he would leave the process of reopening the economy up to the states (with input from federal officials, of course), the Washington Post was releasing a ‘leaked’ report outlining a plan drafted by CDC and FDA that’s essentially a guide for local officials about how to go about reopening the economy.

And in contrast to the ‘guidelines’ released by the governors of California and Oregon, which seemed to imply that the process of reopening the economy could take as long as the rest of the year, if not longer, the administration plan offers a somewhat more realistic timetable.

The plan has been seen and discussed by members of the White House coronavirus task force. But remember, this is only a piece of what is supposed to be a more comprehensive framework that each governor can adjust to their liking. A federal official who spoke on the condition of anonymity with WaPo said the final plan will have 8 parts; this document represents only 2 of them.

The first part of the phased reopening would focus on schools, daycares and places where “children are cared for.”

The plan lays out three-phases: Preparing the nation to reopen with a national communication campaign and community readiness assessment until May 1. Then, the effort, through May 15, would involve ramping up manufacturing of testing kits and personal protective equipment and increasing emergency funding. Then staged reopenings would begin, depending on local conditions. The plan does not give specific dates for reopenings but specified “not before May 1.”

The first priority, according to the CDC response document, is to “reopen community settings where children are cared for, including K-12 schools, daycares, and locally attended summer camps, to allow the workforce to return to work. Other community settings will follow with careful monitoring for increased transmission that exceeds the public health and health care systems.”

The process of a managed reopening will take much longer than 30 days: in fact, the administration expects there will be “some level” of government involvement until a vaccine is finally developed.

The document also says that during phased reopenings, it is critical to strictly follow recommendations on hand-washing and wearing face coverings in group settings.

The plan also carries this warning: “Models indicate 30-day shelter in place followed by 180 day lifting of all mitigation results in large rebound curve – some level of mitigation will be needed until vaccines or broad community immunity is achieved for recovering communities.”

A tiered approach is outlined in the document: a “moderate exposure” phase-in for former “hotspots” like New York” and a “low exposure” plan that will take things back to normal more quickly in communities where the virus never really spread widely. In the “moderate” track, schools could reopen, but with certain social distancing rules like no sports, and no assemblies.

Earlier, the White House released a companies that it is consulting as it prepares the rest of its reopening plan. The list included the following:

Among the companies whose CEOs will advise the White House on reopening the economy, according to Pres. Trump:

To move ahead with reopening, communities must meet the following standards:

Interestingly, the plan mentions that app-supported surveillance will be essential for contact-tracing efforts that the plan says are absolutely essential to help suppress any residual outbreaks that might occur.

The document calls for the CDC to establish a Covid-19 Response Corps to help state and local health departments with key public health functions, including contact tracing, which involves locating people who may have had contact with someone infected with the coronavirus.

Health experts in recent days have called for federal and state officials to help expand capacity throughout the country for the labor-intensive work of tracing people who have come into contacted with infected patients, because local health departments lack the necessary staff, money and training. The plan also says that solutions for “app-based case and contact investigations will be necessary for augmenting the actions of public health workers and for greatly increasing the important role of slowing covid-19 transmission in the community.”

Tech experts and companies such as Google and Apple are developing software that uses cellphones and apps to track people’s movements. Once someone is confirmed as infected with the coronavirus, public health workers could go back and trace people the infected person has come into contact with. But the invasive nature of cellphone tracking and apps have raised sharp concerns about civil liberties.

The document calls for a workforce of 670 to support communities to do contact tracing as part of a surge staff, not nearly large enough based on plans from other groups.

Now we wait for the “more detailed” “finalized” plan. Will it arrive before May 1? That will be an important cue looking forward.