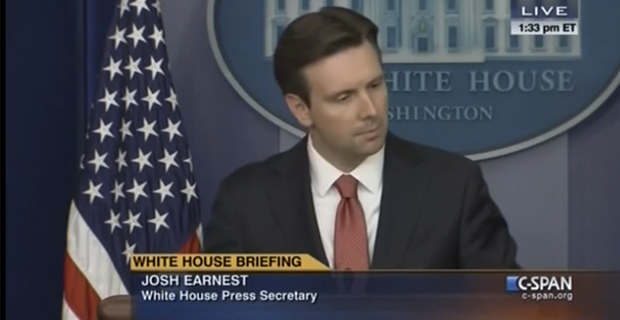 “To more directly address your question, what we were looking for is not an Ebola expert but rather an ‘implementation expert,’ and that’s exactly what Ron Klain is,” Earnest told the reporter.

In other words, the federal official heading up the federal response to Ebola knows nothing about the disease.

“Klain does not have a medical or a health care background,” CBS DC reported.

“Worst Ebola epidemic in world history and President Obama puts a government bureaucrat with no healthcare experience in charge,” Rep. Andy Harris (R-Md.) wrote on Twitter. “Is he serious?”

Meanwhile, U.S. soldiers are only receiving four hours of training on Ebola before deploying to the West African nations struck hardest by the virus, which amounts to little more than putting on latex gloves and zipping up protective suits.

But don’t worry, the Pentagon claims the nearly 4,000 troops being sent to Africa will be “kept safe” from the disease, even though health officials can’t keep Ebola from spreading in the U.S.