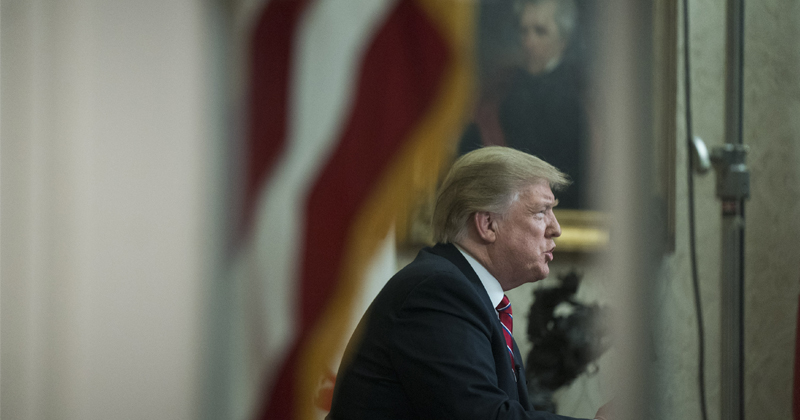 President Trump’s battle with the Democratic leadership over funding for his border wall has been perhaps the most rancorous political fight since the dawn of his administration – eclipsing even the contentious confirmation of Supreme Court Justice Brett Kavanaugh.

And though the government remains shut down with no accord in sight, the president and a coterie of his senior advisors are already planning to revive their push for Trump’s promised infrastructure package – one of the few issues where Democrats and Republicans are expected to find a measure of comity.

According to a Reuters report about the meeting – which the White House confirmed did indeed happen, though it refused to comment on the details – the president is preparing to revive his push for a 13-year infrastructure spending spree, and whether to include details about the broad strokes during Trump’s State of the Union address later this month. The plan is expected to focus on revitalizing US airports, highways, railroads and other essential infrastructure.

Powerful report revealing how the Russian Collusion witch hunt is really about the Deep State’s fear of President Donald Trump.

The meeting apparently didn’t yield much in terms of an agreement on a unified plan, but some of the details discussed included:

Another meeting about whether to include the infrastructure plan during Trump’s SOTU address will likely be held in the near future. Any reference might be limited to Trump addressing his willingness to work with Democrats on the plan.

While both parties agree on the need for an infrastructure plan, Democrats have insisted that any spending be accompanied by new federal revenue.

Whatever happens, as Trump gears up for his 2020 reelection campaign, expect his administration’s infrastructure push to begin long before campaign season kicks off.

Alex Jones explains how he’s inside the Deep State.