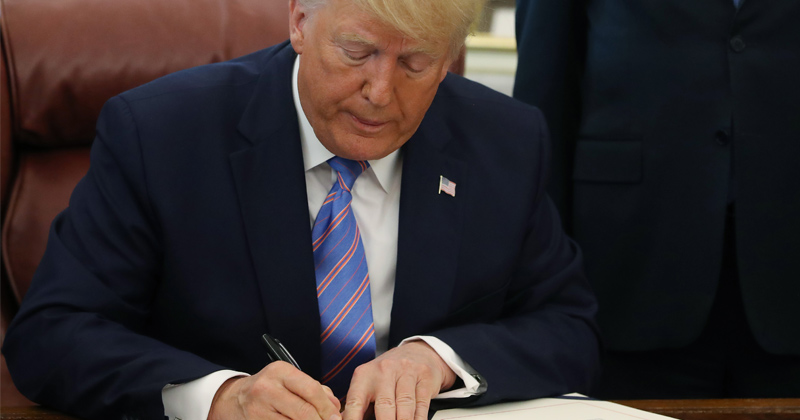 President Trump is seeking executive action against on-line censorship by Big Tech, according to a media report.

The White House is drafting an executive order to combat political censorship by Internet platforms less than a month after the president hosted a summit to hear from conservatives and other prominent voices on-line who were suspended and even outright removed from social media platforms.

“None of the [White House officials] would describe the contents of the order, which one person cautioned has already taken many different forms and remains in flux,” reported Politico. “But its existence, and the deliberations surrounding it, are evidence that the administration is taking a serious look at wielding the federal government’s power against Silicon Valley.”

Recently, radio host Alex Jones, who himself was purged from various social media platforms last year, pointed out that the president would lose the 2020 election if he did nothing about on-line censorship:

Hundreds, if not thousands, of conservatives and libertarians have been shadow banned (in which their reach on social media is quietly throttled back), suspended and even outright removed from social media platforms over the past several months.

This is why President Trump may want to reconsider giving so much attention to mainstream media and focus instead on his supporters on social media because they command larger audiences.

This fact is evident in how the president can still pull tens of thousands of people to his rallies despite the mainstream media’s constant, negative coverage of his administration.

Big Tech is also planning to do whatever it can to meddle in the 2020 election, as revealed by a series of Project Veritas sting videos which not only interviewed whistleblowers, but also provided undercover footage of Big Tech employees even admitting the fact.