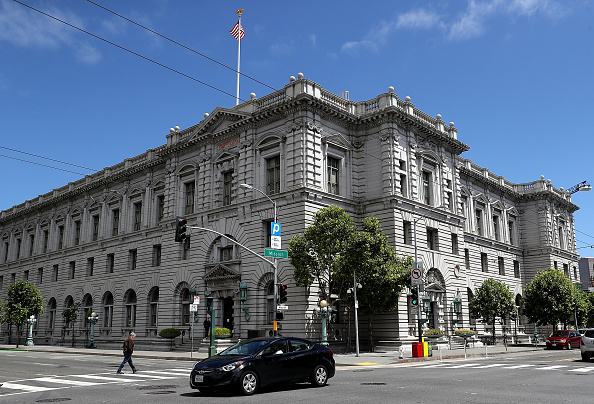 The White House Counsel is working behind President Trump’s back to appoint more leftist judges to the 9th Circuit in a curious effort to appease California Sens. Dianne Feinstein and Kamala Harris, according to reports.

Last week, the White House announced the re-nomination of over 50 judicial nominees, but notably absent from that list were three originalist judges that Trump had nominated to the notoriously leftist 9th Circuit Court of Appeals in October.

“The White House announced in October Trump had nominated Patrick Bumatay, Daniel Collins and Kenneth Kiyul Lee (all from the Golden State, and reportedly all members of the conservative Federalist Society) to the 9th Circuit, bypassing the traditional blue slip process in an apparent snub of Feinstein and Harris,” Fox News reported.

However, White House Counsel Pat Cipollone has reportedly agreed to Feinstein’s proposal of one leftist judge, one White House pick, and one “consensus” nominee, in exchange for easing up on judicial objections in the future, which Democrats have proven have no intention of honoring.

“A concession to them now on nominees would rightly be seen as political weakness,” the Wall Street Journal reported Tuesday.

“It would concede influence that neither Senator has earned and set a precedent for other Democrats who would demand similar consideration. The result would be nominees who aren’t nearly as qualified, or as originalist in their thinking, as Mr. Trump’s nominees have been.”

Confirming more leftists to the 9th Circuit would be disastrous for Trump’s agenda, as the liberal circuit has repeatedly blocked several of Trump’s policies.

“What on earth is the administration thinking?” wrote lawyer Paul Mirengoff. “Feinstein and Harris have no power to prevent the confirmation of Bumatay, Collins, and Lee. And the Ninth Circuit needs all three. Remember, this is hands down the most left-wing appeals court in America. It has been instrumental in blocking key Trump administration initiatives.”

“The Ninth Circuit needs to be transformed. It won’t be transformed by adding one conservative, one moderate and one leftist handpicked by Feinstein and Harris,” he added.

Trump must reject Feinstein and Harris’ proposal and instead appoint the originalist judges he initially nominated in October if he intends to stabilize America’s judicial system and further his America First agenda, wrote conservative radio host Erick Erickson.

“There should be no deal. Mr. President, you probably do not even know the White House Counsel is doing this. You must intervene and stop this. You have some super solid nominees to the Ninth Circuit. Put them back on the nominations list and end this madness, please.”

Americans are being bombarded by leftist propaganda that claims universal healthcare can work. Alex exposes the socialists’ dream that would actually be America’s nightmare.